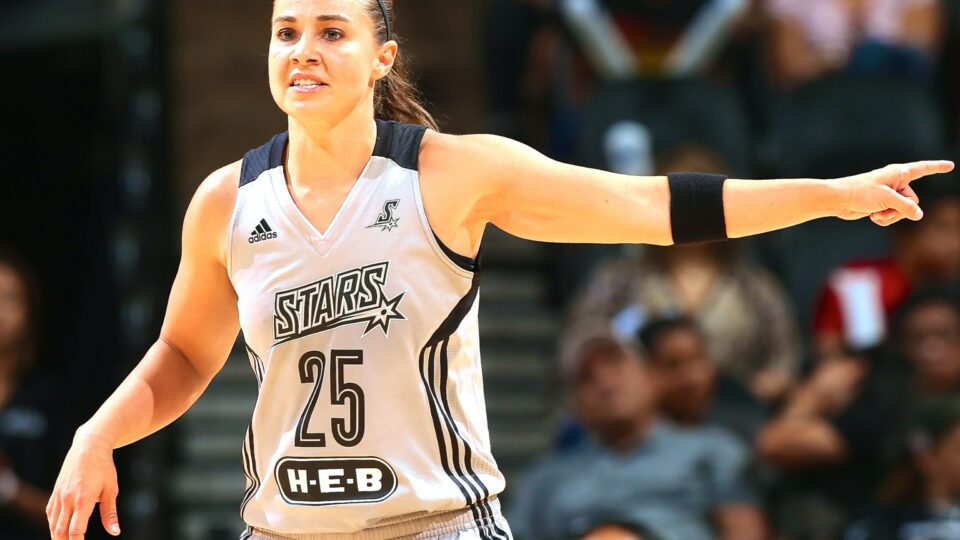 Becky Hammon has always been different. She was considered too small to be drafted into the WNBA, then became a six-time all-star. When she wasn’t selected for the US Olympic team, she decided to play for Russia and when there were no female coaches in the NBA she became the first.

As of September 13, 2021, she also became the first player in Las Vegas Ace’s History to have her number retired.

Becky Hammon started to draw national attention in college. As the Point Guard for Colorado State University, the 5’ 6” North Dakota native made everyone on the court better. Using her height to her advantage, she would slash through opposing defenses and facilitate with ease. In college, she was a prolific scorer. She scored 2,740 points while at Colorado State. This was the most points scored by any basketball player in Western Athletic Conference history. In 1996, she helped lead her team to the NCAA tournament for the first time in school history.

In 1999, she would finish her career as the school’s first-ever consensus All-American. Check out some of her college highlights below.

Despite having monster numbers in college, she went undrafted in 1999. She was eventually invited to a basketball camp with the New York Liberty.

Hammon’s father told the Guardian that, at the time, the GM wanted to cut Hammon. Then Coach Richie Adebato’s response was priceless.

Well, she hasn’t missed a shot in two weeks of camp. Maybe I’ll cut her when she misses a shot.’”

Hammon made the team and played eight seasons with the Liberty, quickly becoming a fan favorite due to her high-scoring game and flashy passing. During her tenure in New York, she helped the team reach three WNBA Finals. In 2007,  she was traded to the San Antonio Silver Stars where she played until 2014.

A year after being traded, she was left off the USA Olympic team for the 2008 Olympics. It was always a dream of hers to go to the Olympics, so when she wasn’t asked to try out for the USA team, she decided to join the Russian National team. She had played internationally in Russia during the WNBA offseason, so all she had to do was gain citizenship.

Many in the US saw Hammon as unpatriotic and a trader. Some US players refused to shake hands with her after the United States beat Russia in the Olympic semi-finals.  She would continue to play for Russia in international competition and represented them again in the 2012 London games. When she returned to the states, she continued to dominate. By the time she retired in 2014, she ranked 7th on the WNBA’s all-time scoring list and held numerous other records.

It was her impressive basketball resume that drew the interest of San Antonio Spurs head coach, Gregg Popovich. Popovich met Hammon on the plane back from the London games in 2012. He loved her basketball IQ  and the fact that she had played in an Eastern European system.

Two years later, the Spurs hired her, making her the first full-time female assistant coach in NBA history. In 2020, she made more history by becoming the first woman to coach an NBA team in the regular season after Popovich was thrown out of a game against the Los Angeles Lakers.

On Monday, September 13, the Las Vegas Aces, formerly the San Antonio Silver Stars, honored Hammon by retiring her number, 25, after the last regular-season game of the year.

In a post-ceremony interview, Hammon reflected on an amazing career.  She had great advice for anyone struggling with self-doubt.

“I was told my whole life I was too small and not athletic enough. I had a lot of reasons, you know, that I shouldn’t be successful. I think in giving advice to young girls, I’m just telling people that it doesn’t matter what other people think about you. It’s what you think about yourself. When you believe in yourself others start to believe in you as well.”