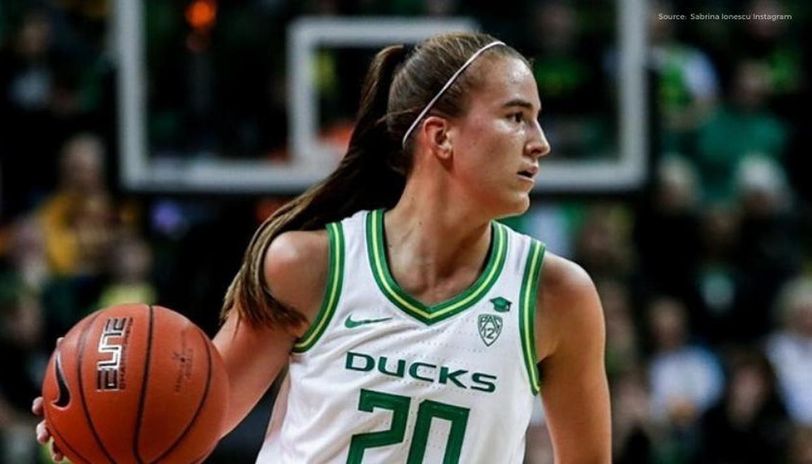 This is not a record that was set by Michael Jordan or Lebron James, or an old-time legend like Wilt Chamberlainor Kareem Abdul-Jabbar. This record was set by the No.1 pick in the 2020 WNBA draft, Sabrina Ionescu; The most dominant player in college basketball this year.

In Sabrina Ionescu’s first interview as a freshman at Oregon University, she was asked what attracted her to the school. Her response was simple, “I chose Oregon because I felt that we could achieve something great here.”

At the time, no one except Ionescu could have imagined how great she and her team would become. She began to make a difference as soon as she hit the hardwood. In 2017 she was named the USBWA National Freshman of the Year.

She just kept getting better, and in her sophomore year, she led the Ducks to their first No.1 seed in the national tournament. That season she was the fifth-highest scoring player in the country, scoring just under 20 points with about 8 assists per game. In her junior year, she broke the NCAA record for triple-doubles and brought her team to the Final Four.

With such an impressive resume, she could have easily declared for the draft, but she chose to come back to finish what she started.

On February 24th she broke the record for points, assists and rebounds. Unfortunately, her historic season was cut short because of the Coronavirus. Even with a short season, Ionescu would cement her legacy as being one of the most dominant college players ever by scoring over 2000 points and racking up 26 triple-doubles, an NCAA record.

Being the best Women’s Basketball player in college, she had the unique opportunity to build a relationship with the great Kobe Bryant. The two grew close through their love of the game and the drive to spread the game of basketball to women around the globe. Ionescu even helped coach Gigi Bryant’s basketball team this year. When Kobe and Gigi passed in a helicopter crash in January, Ionescu was asked to speak at the wake. Hours later, she hit the 2k, 1k, 1k milestone.

“That one was for him. To do it on 2-24-20 was huge,  she told reporters. “We talked about it in the preseason. I can’t put it into words. He’s looking down and proud of me and happy for this moment with my team.”

In the 2020 WNBA draft, Sabrina Ionescu was selected by the New York Liberty with the first pick. In that same draft, the WNBA announced a new award named after the Bryant family, the “Kobe & Gigi Bryant WNBA Advocacy Award.” This award recognizes an individual or group who has made significant contributions to the visibility, perception, and advancement of women’s and girls’ basketball at all levels.

After being drafted by the Liberty, Ionescu and Nike  reached a multiyear sponsorship agreement.

What is most impressive about this deal is that she spearheaded the process herself. According to ESPN, she graduated with a degree in general social sciences, along with a minor in legal sciences in just three years. She spent her last year at school in a Master’s program where she studied advertising and brand responsibility.

With her skill on the court and her knowledge of the sports business word she is poised to be one of the up and coming stars of the New York market. It will be exciting to see how many people she will inspire in years to come, just like Kobe and others did for her.