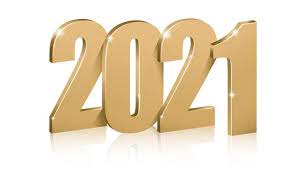 Over the past twelve months, Greater Than The Game has brought to our readers stories of perseverance, grit, and triumph over all kinds of adversity. As we at GTTG say goodbye to 2021 and look ahead to 2022, we’d like to highlight our top five stories from an incredible year.

This year, University of Illinois Left Tackle, Vederian Lowe, was selected to speak on the Big Ten Network’s Football Kickoff Show. He was the first player in 15 years to be selected from the school. Lowe is a father of two who recently adopted his younger brother. Even with all that he has going on at home, Lowe came back for his last year of eligibility at Illinois and is still focused on achieving his dream of making it to the NFL. At the Big Ten Media Days, we talked with him to see how he balances it all. Click here to read more.

On January 14th, 2021, Houston Rockets point guard, James Harden, was traded to the Brooklyn Nets, sending shockwaves through the NBA. One of those shockwaves sent Nets small forward, Caris LeVert, to the Indiana Pacers. Click here to read about LeVert’s journey to the NBA and how this trade could have helped to save his life. ‘

In 1985, Scott Chesney was a normal high school Sophomore. He was a standout basketball player and all-around competitor. All signs pointed to a successful career in high school and on into college. In December of 1985, everything changed. Chesney went to bed and woke up the next day with no feeling in his foot. That lack of feeling began to spread up his legs and eventually stopped just below his belly button. Doctors told him that he would never walk again due to a spinal stroke.

In this podcast, Chesney details his mindset while transitioning from an athlete to being wheelchair-bound, his journey of self-discovery as he travels the world, and how his sports career impacts him to this day. Click here to read more

2.  No Excuses for The Fastest Man on Two Hands

Zion Clark was born with a condition that left him without legs. Having no legs couldn’t stop him from becoming a college wrestler and getting his name in the 2022 Guinness Book of World Records. Click here to read more.

In October, Greater Than The Game had the opportunity to sit with Big Ten Commissioner, Kevin Warren. In the interview, we explore his journey to becoming the first African American Commissioner in conference history, the impact of a childhood accident that left him in a full-body cast for weeks, and how he dealt with a global pandemic while in his first year on the job. To read more click here.

That’s it for this post. If you like what you read, you can follow us on Instagram and Facebook using the buttons above. If you would like to help us create more inspiring content, please donate to Greater Than The Game using the button at the bottom of the site. If there were any posts that you think should have made the list, let us know in the comments below. From everyone here at Greater Than The Game, we wish you and your family a happy, healthy, and inspiring New Year.