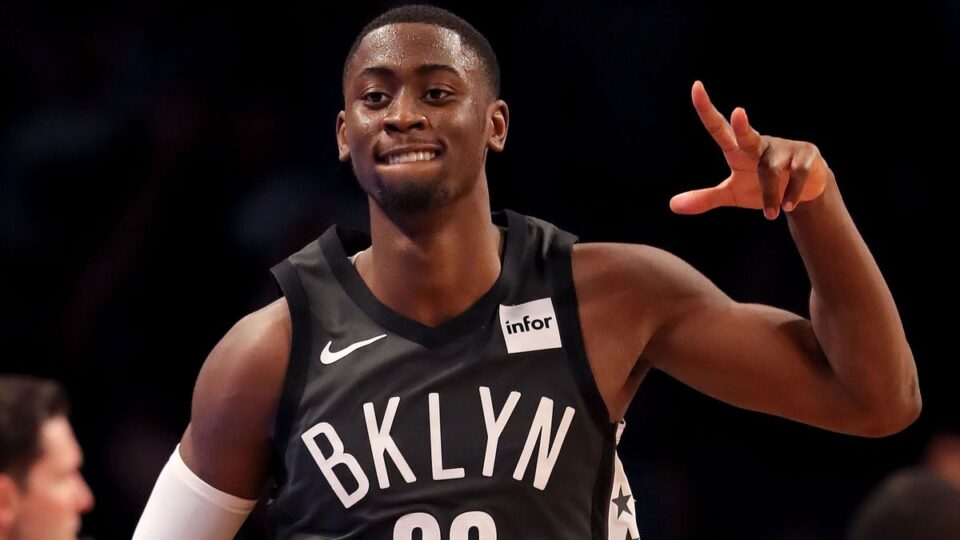 On January 14th, 2021, Houston Rockets point guard, James Harden, was traded to the Brooklyn Nets, sending shockwaves through the NBA. One of those shockwaves sent Nets small forward, Caris LeVert, to the Indiana Pacers; little did he know that this trade might save his life.

Caris LeVert grew up a competitor. He would always play basketball with his younger brother or his dad to see who would get bragging rights for the day. His parents knew he was talented and pushed him and his brother to be the best they could be each day. When he was 15, basketball would take on a whole different meaning. On Easter morning 2010, he was woken up by his brother, who told him that their dad was unresponsive on the couch. The brothers called 911, and their father, Darryl, was pronounced dead of a heart attack shortly after.

After his dad’s tragic passing, LeVert took his game to another level. The sophomore who was on JV at 15 would emerge as a standout over the next two years. During his senior season, he helped his school, Pickerington High School Central, win their first State Championship in school history. LeVert had committed to the University of Ohio, but got dropped after a coaching change. He then accepted an offer to play at University of Michigan.

When he arrived in Ann Arbor, he was told that he would have to red-shirt his freshman year, but LeVert was determined to change that. It wasn’t long before the coaching staff realized they couldn’t afford to sit him. He played in 33 games in his freshman season and averaged a little more than 10 minutes per game. By the end of his senior season, LeVert became just the 64th player in school history to play in over 100 games. In his final season, he led the Wolverines in points scored before a foot injury left him sidelined for the remainder of the season.

It was this foot injury that gave teams pause when drafting LeVert. Many GMs believed that he was too prone to injury to be successful at the next level. This is something that Levert addressed in the Players Tribune Letter to the GM’s. Here he made his best case for why NBA teams needed him on their roster.

The Pacers drafted Levert with the 20th pick in the 2016 draft and immediately traded him to the Brooklyn Nets. Over the past five seasons, Levert has proven himself as a scorer, averaging just over 13 points per game in his career and over 18 points per game in the last two seasons.  Check out some highlights below.

Levert was traded back to the Pacers in early 2021. Before an NBA player can join a new team, they have to go through a routine physical. It was during this physical that doctors noticed a mass on LeVert’s kidney.

The mass was removed on January 25th and was diagnosed as renal cell carcinoma of his left kidney. Thankfully he is expected to make a full recovery and should need no other treatment.

In a press conference, LeVert detailed his mindset going through the last couple of weeks

“I have a lot of faith in God,” LeVert said. “I know that everything is not perfect, but I feel like, in life, it’s just how you react to certain things. It’s not what happens to you, he said.

LeVert seems to be responding to everything in stride. He told reporters that he was feeling one- hundred percent healthy before the physical and that there would have been no reason to scan his back, which was how they found the lump. “I’m definitely looking at it from that side and definitely humbled to know that this trade could’ve possibly saved me in the long run.”

This story shows how some twists in life that may not seem great at the time, can turn out better for you in the long run. We wish Caris Levert a speedy recovery.