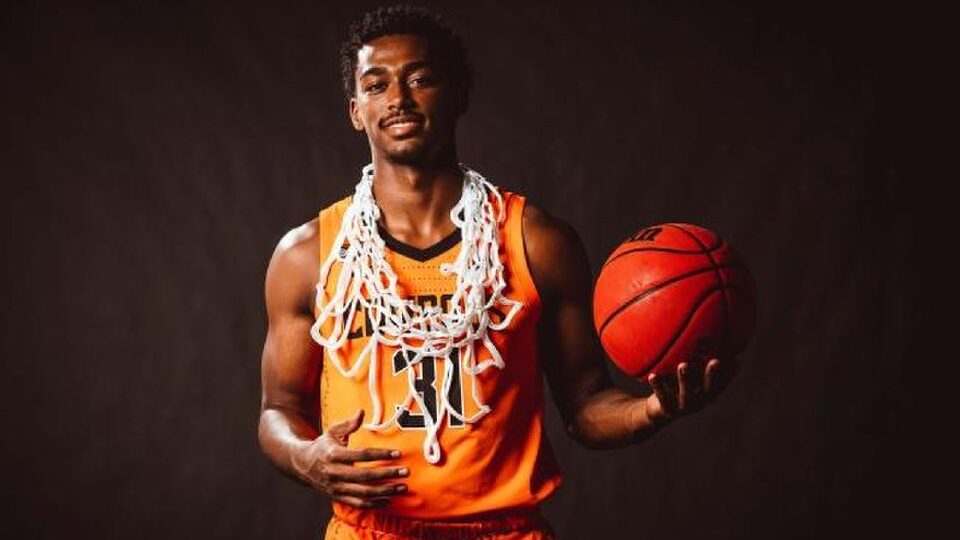 Millions of college students have full-time or part-time jobs to help pay for the rising cost of college. It can be hard to balance work and school and a social life, now try adding Division One basketball into the mix. Impossible right? Well, welcome to Dee Mitchell’s life, a walk-on guard on the  Oklahoma State basketball team. This year Mitchell had to get a full-time job at Walmart to make ends meet. It was during one of these shifts at Walmart that his life would change forever.

Coming out of high school Dee Mitchell knew two things. One, he was going to Oklahoma State, and two, he wanted to play basketball. The only problem was he wasn’t recruited. He would have to walk on and try to make the team. Soon after arriving on campus, he was told by the coaching staff that there was no room on the roster for a walk on.
Mitchell still stayed in basketball shape, playing pick-up games daily for the love of the game. Little did he know that an opportunity would soon arise.

On January 17th, the OSU Basketball team held open tryouts after three players were kicked off the squad for violating team rules.  Mitchell took this opportunity as a sign from God and immediately signed up for the tryout.

In true storybook fashion, Mitchell made the team.  He suited up for the first time a month later against 11th ranked Texas Tech. Mitchell only played one minute in the game, but once again made the most of his opportunity.
In the waning seconds of the second half, Mitchell hit a clutch three pointer to send the game into overtime.   Texas Tech went on to win the game and would make it to the NCAA championship later that season. Although OSU didn’t come away with the victory, Mitchell proved that he could play at a D1 level.

Over the past two seasons, Dee Mitchell has played in 24 games for the Cowboys, but he thought his playing career was over at the end of last year. His mom lost her job due to the pandemic, and Mitchell took a job at Walmart to help her pay the bills.

When he went to tell his coach, Mike Boynton, that he had to quit to support his family, the Coach urged him to stay, telling him to make it when he could.

Since that day, Michelle has juggled a 40-hour work schedule, college basketball workouts and practices, handled 15 hours of course work, and still managed to get four A’s and one B.
Because of all of this hard work, on January 17th, 2021, Dee Mitchell was made a scholarship player. Check out his reaction below.

For the coaching staff, it’s Mitchell’s work ethic that sets him apart from others. Coach Boynton told reporters,

“He’s easily one of the five hardest-working kids I’ve ever been around. And to see the kid go through last semester and do everything he could to be a part of our team, while working, while trying to do school, unbelievable. And that’s what this is about. What better example can you give to a kid about not letting circumstances dictate your attitude?”

That is the biggest lesson we can take from Mitchell’s story, He could have given up and quit, and no one would have blamed him. Instead, he continued to put in the work, and in the end, it paid off dividends.