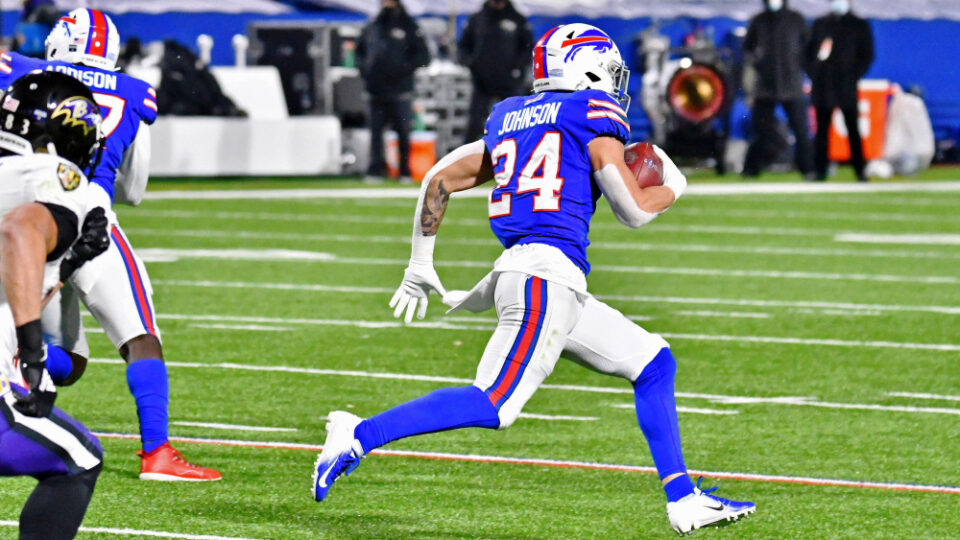 The Buffalo Bills have made history. For the first time in 25 years, Buffalo has advanced into the AFC Championship. On Saturday, the Bills defeated the Baltimore Ravens 17- 10. With less than a minute to go in the third quarter, the game hung in the balance. The Ravens were in the Red Zone and looked poised to tie  the game at ten each, but Bills cornerback Taron Johnson had other ideas.

Who is Taron johnson

Taron Johnson was a standout football player at the high school level. Although he was a great player, he only received one scholarship offer to Weber state. At Weber, he dominated, becoming The Big Sky Conference’s defensive player of the year in his senior season.

In 2018, Johnson made a name for himself, but not the way he wanted to. The combine is a way for future NFL players to showcase their skills in front of NFL scouts. They put each player through drills that test their speed, football skills, and athletic ability. Johnson went through a drill where the scouts test the cornerbacks catching ability. Unfortunately for Johnson, he caught a ball to the face at the start of the drill. Take a look!

Although the drill didn’t go as planned, scouts loved that he got up and finished. In the end, it all worked out. The Bills drafted him in the 4th round of the draft.

The Pic that Shook a city

In Saturday’s AFC Championship game against the Baltimore Ravens, Taron Johnson made headlines for intercepting quarterback Lemar Jackson’s pass in the end zone and returning it 101 yards to give the Bills a 17-3 lead.

The interception tied the record for the longest interception in NFL playoff history. After the game, his quarterback, Josh Allen, told the Athletic,

“That’s a play that people are going to remember for a long time here in Buffalo, potentially a franchise-altering play.”

In 2018, Taron Johnson could have decided to be defined by a small mistake during the combine that made him an internet sensation overnight. Instead, he will be remembered for a play that sent the Bills to the AFC game for the first time in a quarter-century.

So, the question becomes, how do we want to be remembered? The cool part about it is no matter the mistakes we made yesterday, our legacy is defined by our actions today. Only  you can decide what that will be.