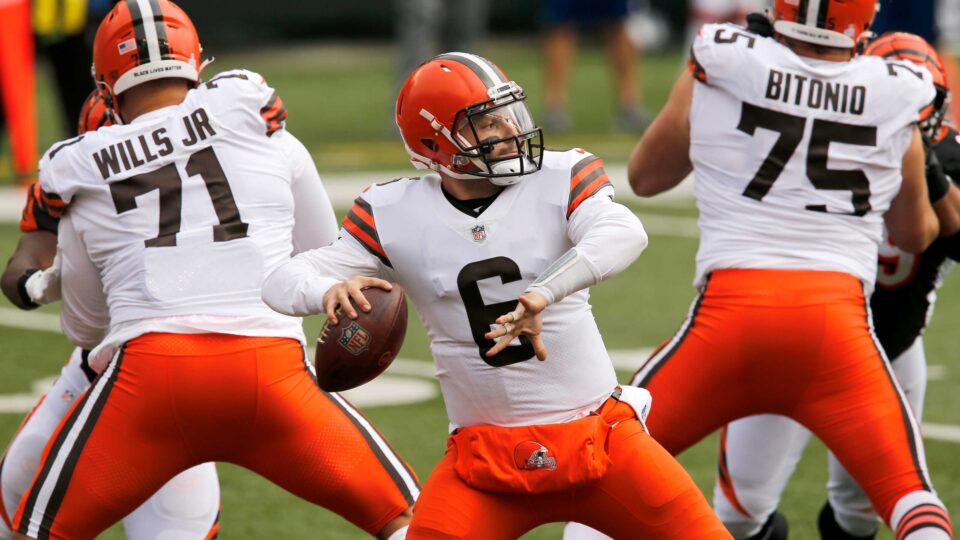 The 2021 NFL playoffs are underway. This year, some familiar faces, like the Super Bowl-winning Kansas City Chiefs, New Orleans Saints, and Seattle Seahawks are returning. There are also teams like the Cleveland Browns who made their first postseason appearance in over 18 years. The Browns made the playoffs, but they would have to overcome some significant hurdles if they wanted to make it past Wildcard weekend!

A Season to Remember

This NFL season was different for every team in the league. There were new protocols to follow, different travel arrangements and no fans in the stands. However, for  Cleveland,  2020 was different for another reason; the team’s number of wins. Over the past four seasons, the Browns have gone a combined 14- 49.

This year they were just three wins short of their total since 2016, finishing the season with an 11-5 record. The team’s first winning record since 2007.   The Browns clinched a playoff spot and were poised to take on a rival Steelers team who they had edged out 24- 22 just a week before the start of the postseason.

Going into the Wildcard game, the team hit  a few major snares.  First, coach Kevin Stefanski  was unable to coach after he tested positive for COVID-19, along with two other assistants and two players, Guard Joel Bitonio and Wide Receiver KhaDarel Hodge.  Going into their first playoff game since 2002, the team was forced to close their practice facility due to Covid and practice remotely. They werent  able to get back on the field until two days before kickoff.

Going into Sunday’s game, the cards looked to be stacked against Cleveland. Their head coach had to be replaced by special teams coach, Mike Priefer, who had never been a head coach in his NFL career. They were missing valuable players on both offense and defense, and they were only able to practice twice before facing a team that the had only beaten 6 out of 44 times since the 1999 season.

Adding Fuel to the Fire

Before last week’s playoff game, Steelers Wide Receiver, Juju Smith-Schuster,  made headlines after downplaying  the Brown’s success. When asked if the Browns had better energy about them this year Smith-Schuster told ESPN.  ,

“Nah, I think they’re still the same Browns that I’ve played every year. I think they’re nameless gray faces. They have a couple of good players on their team. But at the end of the day … the Browns are the Browns,

The Game of the Year

With all that the Browns had to overcome to get to Sunday’s game, the team came to play Sunday Night. In the first quarter alone, the team stunned fans scoring 28 points, the most first quarter points in NFL playoff history.

The Browns came out firing in all facets of the game. Quarterback Baker Mayfield scored three touchdowns through the air, completing 21of 35 passes, for 263 yards. Cleveland dominated the line, rushing for 178  yards, and the defense  got in on the fun with four interceptions and a fumble recovery that went for a touchdown.

Although Pittsburgh was down 35-10 at the half, they didn’t give up. They pulled within eleven by the end of the game with a final score of 48-37.

So what can we learn from Cleveland’s first playoff win in 26 years? Baker Mayfield explained the Browns mindset after the game, and the mindset is something we can all benefit from.

We knew that everybody was counting us out. We knew what mentality we were going to have, and it’s just to cut it loose … because no one believed in us besides us.”

Do things seem stacked against you? Does no one believe in you? Sometimes you just have to believe in yourself, just like the Browns. Prove the doubters wrong and go out and dominate!