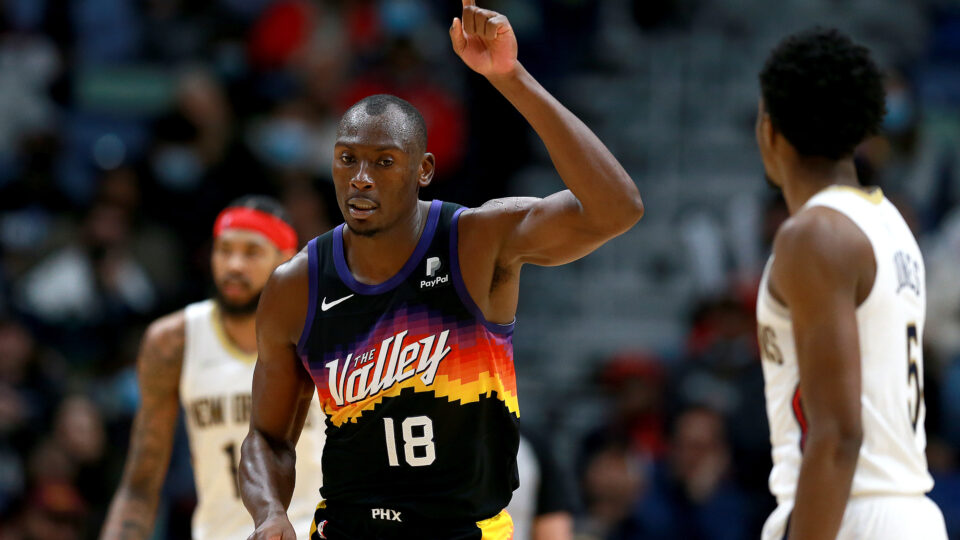 In late December, the Phoenix Suns signed center Bismack Biyombo to a ten-day hardship contract.  Biyombo played well enough to earn a one-year 1.3 million dollar contract for the rest of the 21-22 season. Biyombo is using the money to build a hospital in his home country of the Democratic Republic of the Congo in memory of his late father François.

Who is Bismack Biyombo

Biyombo started playing basketball at 13 and took to it immediately. Two years later he decided to leave his family and his home to play basketball professionally, first playing in Tanzania and later in Yemen. While in Yemen,  Biyombo shared a room with four others and lived off just one meal a day.  While there, he signed with an agent that would help land a tryout with a team in Spain, where he signed a contract for that would earn him about $500 a month. He did well in Spain and was invited to the 2011 Nike Hoops Summit where he averaged the camp’s first-ever triple-double. Later that year he was drafted No.7 overall to the Sacramento Kings who traded him to the then Charlotte Bob Cats.

Biyombo has had a  successful career in the NBA thus far, playing for Charlotte, Orlando, and Toronto. Throughout his career, he has used his resources and influence to benefit the people of the Congo.

In 2012, he started the Bismack Biyombo Foundation. This foundation has three focus areas to help the country rebound from two decades of conflict; education, sports, and health.

It also helps support educational academies and after-school programs in several cities. Biyombo also hosts basketball camps for over a thousand kids across three cities and is working to refurbish one of the largest hospitals in the capital city of Kinshasa.

In March of 2022,  Biyombo announced he will build a new hospital in the Congo to further help citizen receive better access to healthcare. Check out the video below where he explains why he is donating his entire NBA salary this year to the project

For more information on how you can help with this project, click on the link below. Biyombo is another great example of how one person’s impact can change the lives of thousands. He is using his talents as a basketball player to further the health and education of the people in his home country of Congo. This is truly Greater Than the Game!