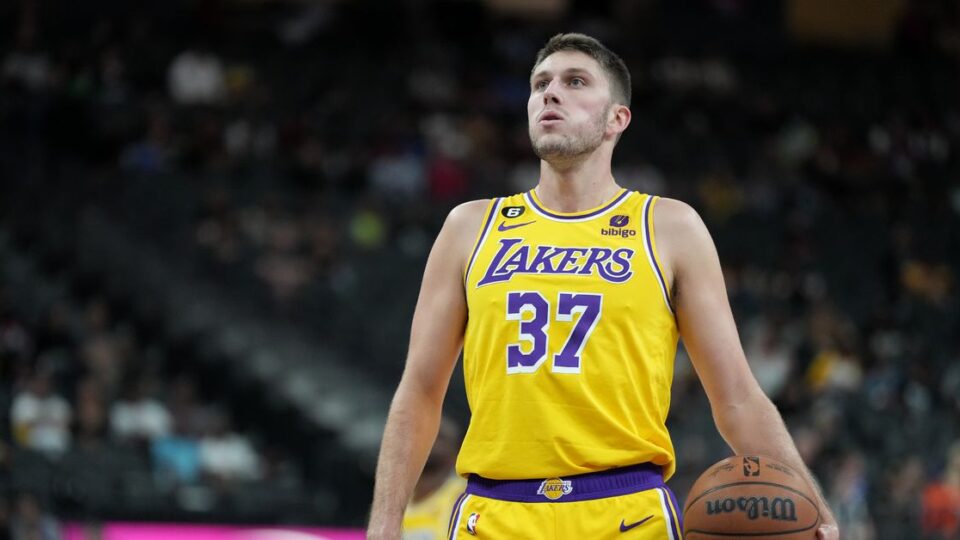 With just one-point-three seconds left in the fourth quarter, Los Angles Lakers small forward Matt Ryan ran behind a double screen set by Lebron James and Anthony Davis and made his way to the right-hand corner of the court. Just as he reached the spot beyond the three-point line, he received the inbound pass from teammate  Austin Reaves, rose up,  faded away from his defender, and drained a three as time expired. The shot erased a three-point lead from the visiting New Orleans Pelicans, sending the game into overtime. A shot that is normally reserved for Lebron James was drawn up for Ryan, who just two years ago was moonlighting as a Door Dash deliverer.

Ryan went undrafted in the 2020 NBA Draft after a five-season college career in which he played for three different programs. He finished his collegiate career at Chattanooga, where he averaged 15 points a game and looked to have NBA potential, but there was one problem. The Covid-19 pandemic had canceled the NBA season leaving few options when it came to professional basketball.

So Ryan went to work, literally. He knew if he was going to make his NBA dream work, he would have to find a job with flexible work hours. He signed up for Uber Eats and Doordash and started delivering food. He also got a job groundskeeping at a local cemetery in his hometown of  Yonkers, New York. At the same time, he was putting in hours of hard work on the court, hoping took get a shot once the NBA resumed play. In order to make this happen, he knew he had to keep building his range from beyond the arc, becoming an elite three-point shooter. The only problem was he didnt have an NBA three-point line, so he improvised with strips of a yoga mat.

“Most of the time, I was in there (in the gym) alone,”  he told the Los Angles Times, “so I was chasing all of my own rebounds, hours on end every day. And, I got better, got into great shape, turned into a shooter that could just constantly move and shoot on the move.”

His training worked. He was invited to the Summer League by the Cleveland Cavaliers and afterward attended training camp with the Nuggets before signing with their G League affiliate. Matt Ryan was finally able to crack an NBA roster when the Celtics signed him to a two-way contract in early 2022.

Although Ryan didn’t get a lot of playing time during the regular season last year, he still had reached his dream and was a part of a championship run in the process.

“The whole past year for me pretty much has been a movie,” he told reporters last season. A year ago, I was driving DoorDash and working outside at a cemetery. Now, I’m in the NBA Finals.”

Six months later, Ryan is working to add scenes to that movie after making the Lakers roster, becoming a new three-point threat for a team in need of more long-range shooters.

Matt Ryan’s story is a reminder that sometimes on the journey to our goals, we have to do what we have to do in order to put ourselves in the best position to chase dreams, and that is greater than the game.