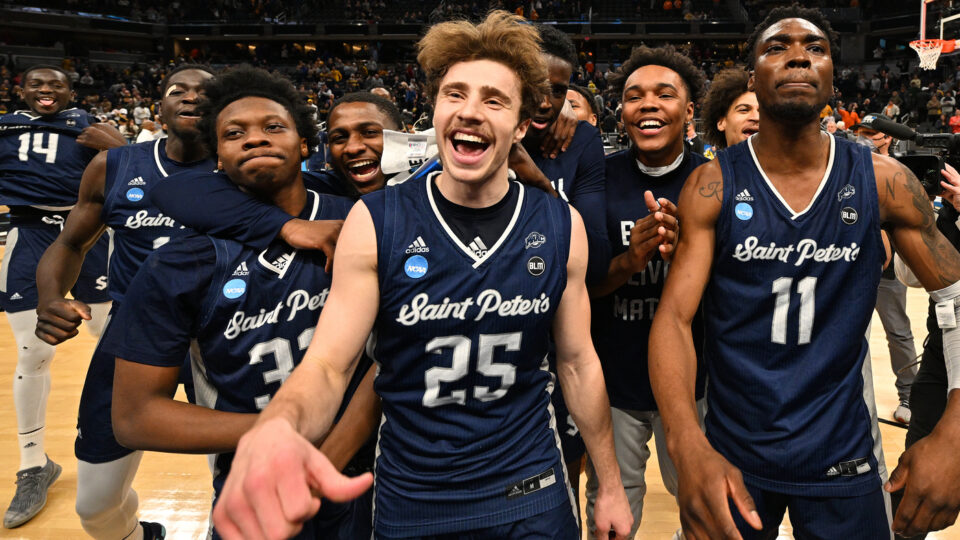 For years, we have watched some of the greatest college basketball teams take the floor during the March Madness tournament. From the 1982 North Carolina Tar Heels to the 2018 Villanova Wildcats, college basketball fans have had the privilege of witnessing greatness. Although the Saint Peter’s Peacocks did not win the tournament this year, they will always be remembered for one of the greatest runs in the history of March Madness.

Led by head coach, Shaheen Holloway, the Peacocks came into the 2022 tournament as a 15th seed, with little to no chance of surviving the first round. However, neither the odds nor the experts kept the team from giving it their all. On March 18th, the Peacocks shocked the basketball world as they knocked off the No. 2 seed, Kentucky Wildcats, in an overtime victory. Forty-eight hours later, St. Peter’s continued their success as they took down the Murray State Racers in a 70-60 win.

What once seemed impossible was now one of the most incredible stories the sports world has ever seen. After their decisive victory over the Racers, the Peacocks followed up with a nail-biter triumph over the Purdue Boilermakers. With the victory, the Saint Peter’s men’s basketball team became the first team in NCAA history to make it to the Elite Eight as a 15th seed. Check out the last three minutes of the game below.

The Players who put Saint Peter’s on the map

A large part of the Saint Peter’s tournament success came at the hands of junior guards, Daryl Banks III, and Doug Edert. Over the course of the tournament, these players controlled the offensive game plan for the Peacocks. On the defensive side of the ball, senior forward, KC Ndefo and junior forward, Fousseyni Drame, led the charge. Both of these players averaged over six rebounds per game for Saint Peters.

Impact Beyond the Court

In life, all good things must come to an end. On March 27th, the Saint Peter’s Peacocks Cinderella story ended, in a 69-49 loss to the North Carolina Tar Heels. The Peacocks were never really in the game in terms of the box score. Saint Peter’s only shot thirty percent from the field and twenty-five percent from the three-point line in the blowout loss. Although the team didn’t advance, St. Peter’s journey to the Elite Eight can give hope to others who feel doubted and overlooked, just like the team was.

When asked by reporters what message he had for individuals who are under-recruited and overlooked, Coach Holloway had this to say,

“Keep working and keep believing in yourself. Understand that it’s a process and anything is possible.”