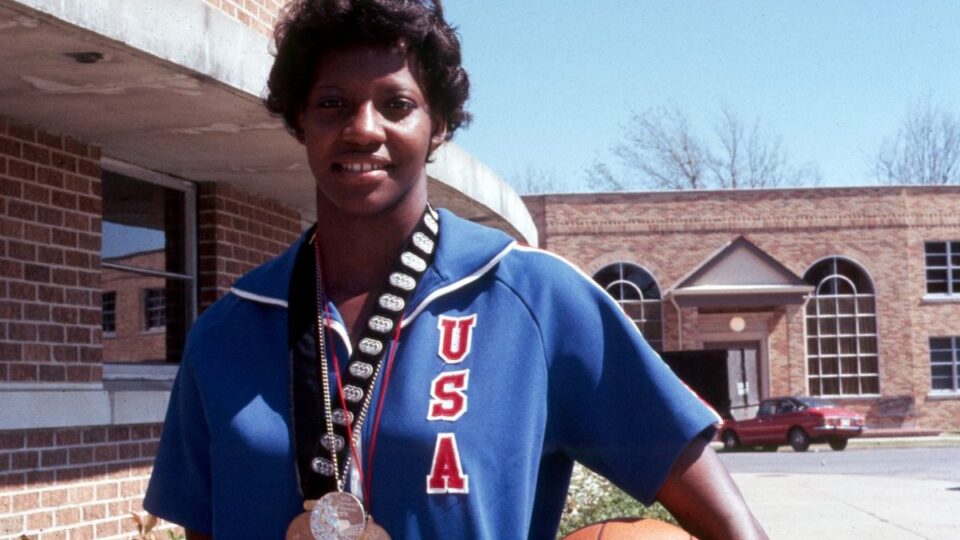 The 137th pick in the 1977 NBA draft might look a little peculiar on paper. First, 137 is more than double the amount of picks that come out of the modern NBA draft.  Second is who was drafted.  With this pick, the New Orleans Jazz selected Lusia Harris, the only woman to be officially drafted into the National Basketball Association.

Earlier this month, Harris passed away at the age of 66, but her legacy and impact on the game of basketball will never be forgotten.

Lucia Harris’s introduction to basketball came on a makeshift hoop on her family’s farm in Minter City, Mississippi. The daughter of sharecroppers, Harris grew up watching her ten siblings play on a hoop with a wooden plank backboard with a small wire rim. Harris didn’t know the fundamentals, but she knew she loved the game.

She would spend hours late at night watching her favorite basketball player Oscar Robertson, hoping that one day she could shoot the ball like him and the other stars in the NBA.

When she reached Amanda Elzy High School, she finally got the chance to hone her skills in organized play. Once she mastered the basketball fundamentals she began to dominate the competition as she grew into her 6-foot-3 inch frame.  After graduating she attended Delta State Univesity, in Cleveland, Mississippi where she grew to national fame.

In her first season at Delta State, she helped lead the Lady Statesmen to a 16- 2 record. However, the team failed to qualify for the national tournament. Over the next three years, Delta State would do more than just qualify, they would win the  AIAW Women’s Basketball Tournament. In her career as a Lady Statesman, she averaged almost 26 points and 14 rebounds a game earning national recognition as a three-time All-American.

In 1976, she added international play to her resume when she was selected to play for the first-ever US women’s basketball team. During the opening seconds of the team’s first game, she scored a lay-up that made her the first woman to ever score in Olympic Women’s Basketball.

Harris averaged 15.2 points and 7 rebounds over the five-game span and helped the United States finish with a silver medal.

Check out some of her highlights below.

In 1977, Harris got the call that she was drafted into the NBA, a call that she could never have imagined was possible. The WNBA didnt exist at the time and,there weren’t many options for her to play once she graduated from college. Figuring that her playing days were behind her, Harris was focused on building a family rather than starting a professional basketball career. She declined the offer to play professional ball but continued to have an impact on and off the hardwood, spending many years as a  teacher and coach at the collegiate and high school level.

In 1992, she was inducted into the Naismith Memorial Basketball Hall of Fame for her impact on the game.

Last year,  while promoting the documentary about her life called The Queen of Basketball on Good Morning America, she was asked what she wanted viewers to take away from her story.

“I especially want the young people to learn that if you work hard, really really hard anything is possible.”

It was this hard work that took her from a farm in a small town in Mississippi to becoming one of the best women to ever play the game of basketball.