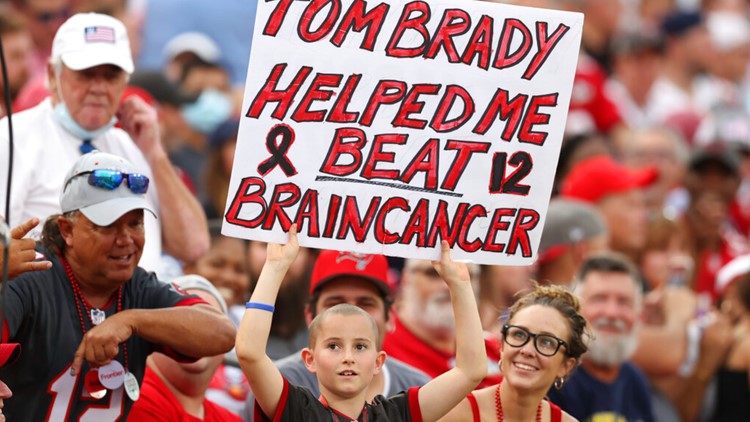 In his twenty-two years in the National Football League, Tom Brady has accomplished almost everything imaginable on the gridiron. On his way to becoming a Hall of Famer and the greatest quarterback to ever play, Brady racked up records for the most wins, most touchdown passes, and most Super Bowl wins in NFL history. With all of his accolades on the field, Brady has helped inspire a generation of football fans who can’t remember  NFL Sundays without No.12 on the field. One of those fans is a 10-year-old named Noah Reeb who credits Brady with helping him beat Brain Cancer.

A moment to remember

At the age of five, Noah Reeb asked his dad who was the greatest quarterback. When his dad responded with “Tom Brady”, Reeb knew who he would be cheering for moving forward. Five years later, he was diagnosed with brain cancer and it was  Brady who was cheering for him.

While Reeb was going through chemo treatments Brady sent him a message encouraging him to keep going.

Reeb did beat cancer and the two were able to meet when the Buccaneers took on the Bears earlier this season.   The meeting went viral after Reeb arrived with a sign that read “Tom Brady helped me beat brain cancer.”

After the game, Brady spoke about the impact of meeting Reeb.

[Reeb is a] “Tough kid, man. Puts a lot in perspective with what we’re doing on the field. In the end, it doesn’t mean much compared to what so many people go through.”

A trip to LA

Last month the Reeb family received a special message from Brady inviting them to Super Bowl LVI. Check out the heartwarming video below.

We don’t have to be the greatest quarterback of all time to make an impact like Brady has. Whether it be in school, work or in sports, we never know who is watching. We never know who we can inspire just by being a great example for those around us.