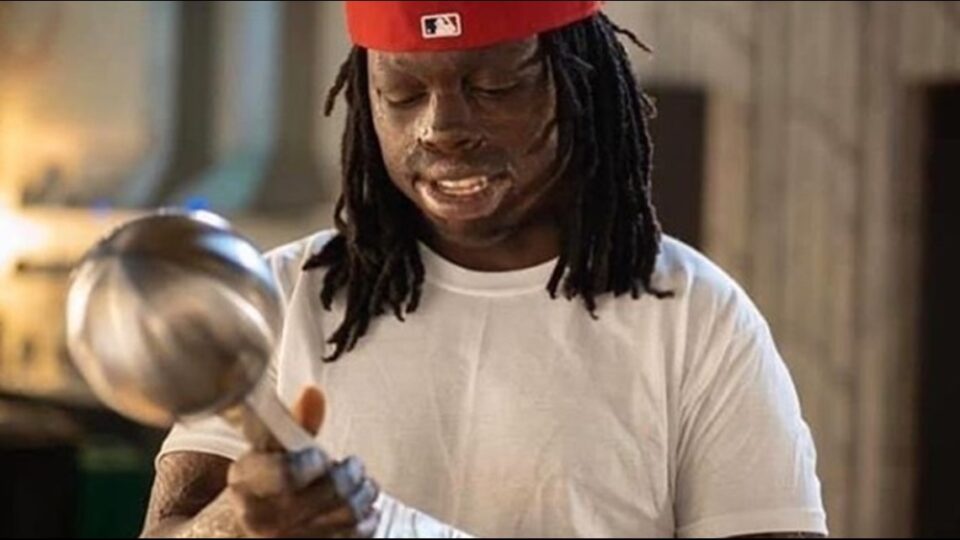 “Don’t give up. Don’t ever give up.” These six words unuttered by legendary college basketball coach Jimmy Valvano have become a rallying cry for millions of people facing adversity around the globe.  Coach Valvano said this in a speech at the Espy’s, a sports awards show, when he unveiled the Jimmy V Foundation for Cancer Research. Although Valvano knew that this foundation wouldn’t help him with his cancer battle, he knew the V Foundation would live on to help millions of people to come.
Over 25 years later, Valvano’s legacy can be seen through the Jimmy V Award for Perseverance. This year’s recipient, Taquarius Wair, is the embodiment of perseverance, determination, and grit.

At the age of four, doctors gave Taquarius Wair, better known as TQ, a 20 percent chance of surviving after being caught in a fire that engulfed  his home. This left him with burns on  55 percent of his body and caused him to lose fingers on his left hand. After multiple surgeries, skin grafts, and being in a coma for a month, Wair was able to make a full recovery.

When TQ was seven, he started playing football.

I fell in love with football the moment I touched the field,” he said. “I realized I was actually good, and it became my favorite sport” he told the Star Tribune.

Playing at the next level

At 5 foot 10, 185 pounds Wair didn’t get many offers to play in college. The one offer he did get came from a small junior college in Virginia, Minnesota called Mesabi Range College. Although Wair didn’t start, he did make the most of his opportunities at running back. In his freshman season, he rushed for over 120 yards and one touchdown and averaging 8.6 yards per carry.
Wair hopes to transfer to a four-year school after next season and to play in the NFL like his favorite player, Seahawks linebacker, Shaquem Griffin.

Seeing what Wair has overcome so far, I don’t think It would be a surprise to anyone to see  TQ playing football on Sundays. There is no telling what you can accomplish if you don’t give up.