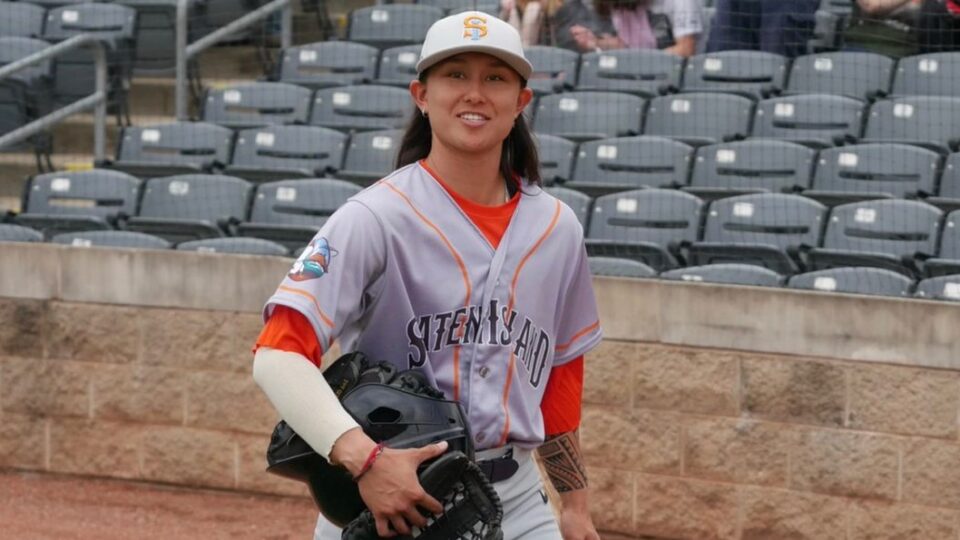 At six years old, Kelsie Whitmore was given a choice between baseball and softball. Standing on a baseball field with her Dad, she picked baseball. Almost two decades later, that choice would send her on a journey all over the world and help her impact the next generation of baseball players.

By 14, Whitmore proved she had the skills to play baseball at a high level by playing for the USA Women’s National Team, where she earned both silver and gold medals. Three years later, she signed her first professional baseball contract with the Sonoma Stompers, before going on to play softball for five seasons at  Cal State Fullerton. Here, she batted .300 with a .584 slugging percentage.

After graduating, she signed with the Staten Island FerryHawks making history as the first woman to sign a contract with a professional team that is affiliated with Major League Baseball.

Changing up the game

As a member of the  FerryHawks, Whitmore has moved from the outfield to pitcher. Standing at  5 foot 7 inches, and 140 lbs, she knew she would have to change up her game to compete.  In an interview with Yes Network’s Nancy Newman, explained how she has had to adapt her game to find success.

On May 6th, she made her first relief appearance for the FerryHawks when she took the mound with the bases loaded and two outs. She then retired former Major Leaguer, Ryan Jackson, forcing him to fly out and end the inning. Check out the video below.

Whitmore doesn’t turn a blind eye to the impact she is having on women in the sport.

“It’s an honor to be able to be recognized by those younger girls. To be someone they can look up to and everything like that. As much as they say I inspire them, they inspire me more and I’m always grateful they support me any way they can” she told MLB Network