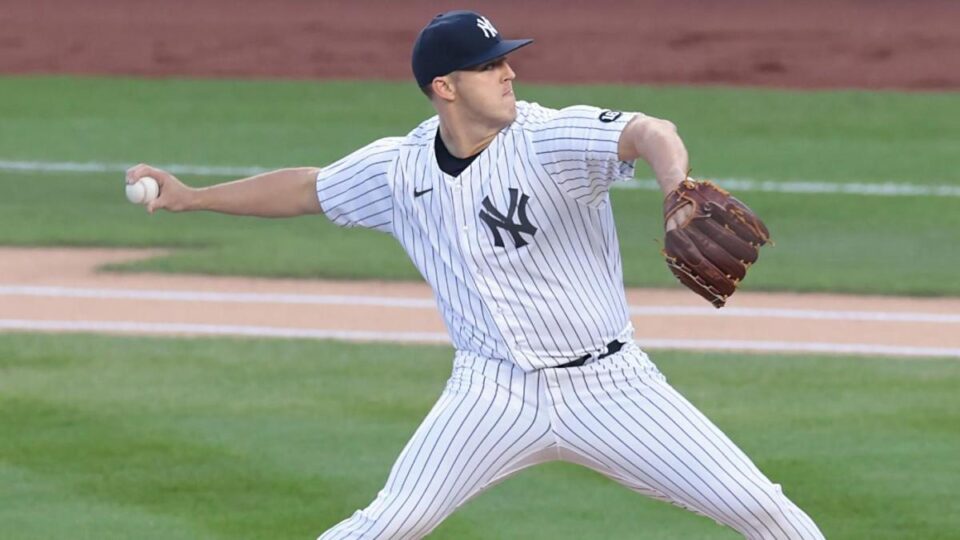 The New York Yankee Championship belt is something that has been coveted by Yankees Players since 2019. The belt looks like a typical WWE belt that one would find in a toy store, but the meaning behind it is far more important than its pinstriped and gold studded exterior. The belt is given by the players to the most valuable player for a particular game. On May 1st, 2021, it was given to starting pitcher, Jameson Taillon. For Taillon, this moment was the culmination of two years of perseverance and hard work.

In 2010 the Pittsburgh Pirates took Jameson Taillon with the second pick in the MLB draft. The Pirates had high expectations for the 6-foot-5 right-hander. They believed in him so much that they signed him with a 6.1 million dollar signing bonus. This is the second-highest signing bonus in draft history. Within three years it looked like Pittsburgh’s investment would pay off as he ranked in the top ten of prospects for the 2013 season.

The next season his dreams to make it to the big leagues had to be postponed after undergoing Tommy John surgery that ended his 2014-15 season.

In 2016, Taillon broke the starting rotation in Pittsburgh, going 5 and 4 over an 18 game span. In the middle of the  2017 season, he was diagnosed with testicular cancer. At the age of 25, he underwent surgery to remove his left testicle.

Taillon didn’t use his diagnosis as a reason to quit, he was determined to get back to his teammates and finish out the season. The recommended time off of physical activity after this procedure is about a month, but Taillon was pitching in under three weeks. To the disbelief of some of his teammates, Taillon started against the Rockies just five weeks after surgery.

“Five weeks, that seems superhuman,” teammate Trevor Willams told ESPN. “We really should have picked squares and made an over/under. I’ll give him three and a half weeks, someone else gets five.”

In 2019, Taillon got some more bad news that had to undergo another Tommy John surgery. This surgery and rehab would keep him out of the game until the 2021 season.

Two years later, Taillon found himself pitching again, but this time he was in a New York Yankee uniform, on the hill against the Detroit Tigers. In five innings he struck out eight, only allowing one run, in a 6-4 Yankees victory. This was his first win since having Tommy John surgery in 2019. The win came exactly two years to the day of his last win as a member of the Pirates.

While Taillon wishes the win came sooner, he is happy to be in the position that he is in.

“It took me a little longer than I would have liked,” he told reporters after the game. “There were times where I wasn’t 100 percent sure I’d ever be in a major league uniform again, let alone pitching for a team like the Yankees.”

The moment wasn’t lost on his teammates either. In a post-game interview shortstop, Glabor Torrez called Taillon his inspiration.

Jameson Taillon has fought incredibly hard to get where he is. He has faced two season-ending injuries and has become a cancer survivor all before the age of 30. Even when it seemed like he might not play again, Taillon didn’t give up. Now his journey back to the win column will serve as a testament to players all over the league.