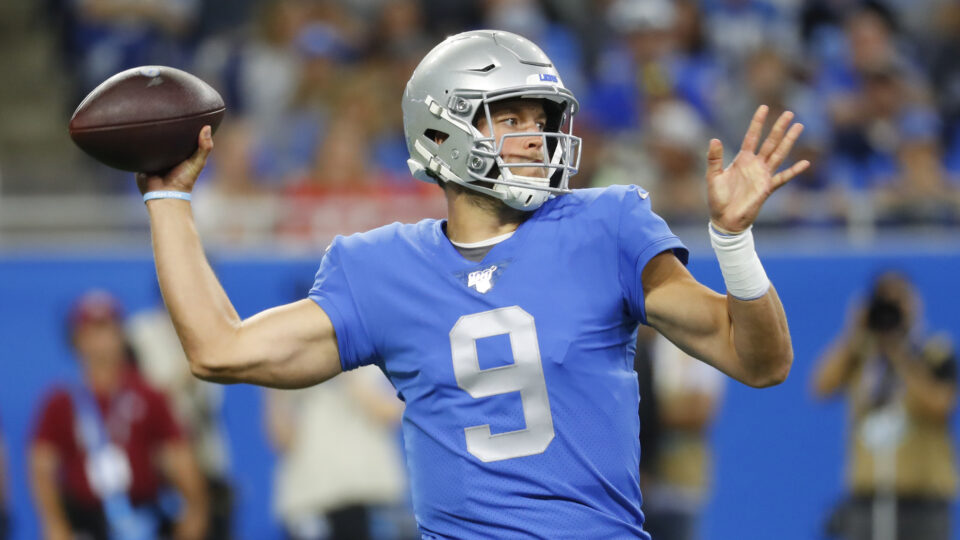 The NFL off-season has begun with a bang! This year the quarterback market has been heating up. Some familiar quarterbacks from around the league may be playing in some unfamiliar home stadiums when the 2021 season kicks off. One of the most surprising trades of the off-season came when the Los Angeles Rams traded former No.1 pick, Jared Goff, to the Detroit Lions for their longtime quarterback Matt Stafford. Although Stafford’s playing career as a Lion has come to an end, he still made an effort to impact the hearts and minds of the Lion’s fans one last time.

The Legacy of Matthew Stafford

Stafford arrived in Detroit as the first overall pick in the 2009 draft. Once in Detroit, he made history,  becoming  the first rookie since 1998 to start at quarterback. Twelve years later he has cemented himself as one of the best quarterbacks in franchise history. He holds over 25 franchise records, including becoming the fastest player to reach 40,000 passing yards in just 157 games.

What endeared him to the city was his toughness. Stafford dealt with a plethora of injuries throughout his time in the Motor City, but he always seemed to bounce back. In his first season, he showed the Detroit faithful that he was just as tough as the city itself, after throwing a game-winning touchdown against the Cleveland Browns with a separated shoulder. Check out the fantastic video below. Click watch on youtube to watch.

In 2019, Stafford’s wife, Kelly, was diagnosed with a benign tumor in her brain that required surgery. After 12 hours, the tumor was successfully removed. During her  recovery, the team and the city showed they had the Stafford family’s back, receiving letters of support from Detroit and across the state of Michigan.  She told ESPN

Detroit and Michigan really showed up. The Lions were incredible. They told Matthew to take all of the time and space he needed. And then, there were the fans. The amount of letters that poured into the facility — so many prayers, a lot of holy water — it was remarkable. Matthew joked that our house looked like a bootleg flower shop.”

Matthew Stafford’s family has had a massive impact on the city over the years, on and off the field.

Here’s a great example of their community outreach and involvement.

During Covid, they partnered up with local restaurants to feed frontline workers. They have also worked closely with Say Detroit, a nonprofit organization dedicated to helping students from low-income families overcome literacy inequalities and educational challenges. As a parting gift to the city that has been with them through so much, the Stafford family donated 1 million dollars to help build a 20,000 square foot education center. This building will help kids and adults around the city by providing them with classrooms, learning labs, and vocational training areas for both teens and adults.

On Instagram, Kelly Stafford spoke of the legacy the family hopes to leave behind in Detroit.

“The new building will enable the Center to increase its student population who benefit from the Center’s academic, athletic and arts programs, and service adults with job training programs, GED classes, and community events. This is the legacy we want to leave behind,” she added. “We would love for you to be a part of it with us..to be a part of this legacy of making a positive impact in so many Detroiters’ lives.”

If you would like to donate to Say Detroit or help in other ways, click on the hyperlink.