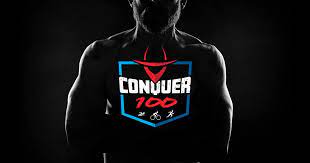 In 101 days James Lawrence a.k.a The Ironcowboy traveled over 14,000 miles, this is over three times longer than the great wall of china. Lawrence racked up this mileage while completing the Conquer 100 challenge. A challenge where he aimed to complete 100  full triathlons in 100 days, proving that limits and world records were made to be broken.

The Iron Cowboy isn’t a stranger to long crazy feats of endurance and mental fortitude. In 2015, he completed 50 triathlons in 50 days in 50 states, setting a world record. He also holds the record for most Ironmans completed in a year with 30.

Lawrence wasn’t always a high-level endurance athlete. He didnt compete in his first Iron man until he was in his 30’s. Lawrence  explained to reporters that   these experiences have taught him how to build his mental toughness

He seems to have found his version of hard. Throughout the challenge, he has faced numerous aliments including hip and knee pain and sprained ankle. In order to deal with these challenges, he had extensive use of IVs and other safety measures to keep him healthy. Because of this World Triathlon Corporation has refused to sanction the event, but it didnt stop him from pursuing his goal.

After completing the challenge he went for one more day making it 101 straight triathlons. While this may seem crazy and completely impossible to most, Lawernce would argue that we are all capable of something incredible.

Most of us will probably never attempt to complete 100 triathlons however, there is a lesson to be learned from the Iron Cowboy. We are all capable of doing a little more than we think we can and if we can harness that attitude there is no telling what we can accomplish.