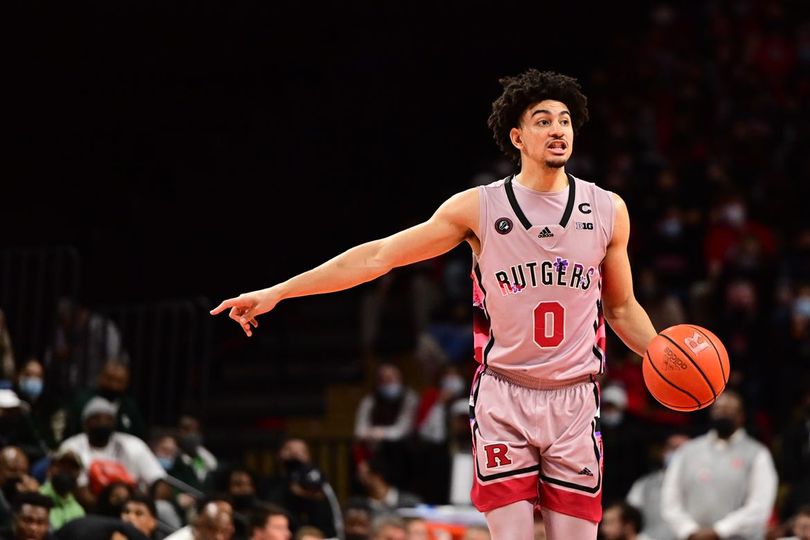 Dressed in all black, the Rutgers basketball team sat shoulder to shoulder in a  room in the Rodkin center. The only sounds came from the televisions in front of them and the slight hum of cameras situated around the room’s perimeter. Senior Captain Geo Baker had been through Selection Sunday before, but in his fifth and final year of eligibility, he sat in his chair, unsure if his team had done enough to punch their ticket to the 2022 NCAA tournament. Suddenly, cheers erupted from the room as the pundits on TV revealed the four candidates for the play-in-game. Rutgers would be facing Notre Dame in the team’s third consecutive appearance in the tournament–a feat that would have seemed impossible just five years earlier when Baker first arrived on campus. In his five-year tenure as a Scarlet Knight, Baker would help change the perception of Rutgers basketball around the league and help change the business of college basketball forever.

When Coach Steve Pikiell recruited the 6 foot 4, three-star guard out of Derry, New Hampshire, he envisioned a new era of Rutgers Basketball. This was a vision where fans packed the Rutgers Athletic Center to the brim and trips to the NCAA tournament were an annual occurrence. He also envisioned the name Geo Baker would go down in Rutgers lore, and in the record books, as one of the key players of the 2017 recruiting class that would help usher in this new age of Rutgers stardom.

At the time, Pikiell was coming off his first season as the head coach, where the team was 15-18 with only three wins in conference play, but a “come from behind” mentality was something Baker was ready to embrace.

“We both had that underdog mentality,” he told Greater Than The Game. “coming from New Hampshire, a state in the middle of nowhere, coming from a small town, no one expects you to be much. So you kind of have to fight for everything, and that was the same mindset that coach Pikiell had.”

As a freshman, Baker averaged 10 points a game but showed a glimpse of what was to come in the Big Ten Tournament when he averaged 14 points per game and scored 25 points in the quarterfinals against Purdue.

As the team continued to build its young core, they began to improve, winning 7 Big Ten games.  By 2020,  the Scarlet Knights were fully locked and loaded, surprising the league, going 20-11 with 11 Big Ten wins.

Coming into the Big Ten Tournament in March of 2020–after their best regular season in decades–the Scarlet Knights were poised to make a deep run in the Tournament and their first trip to the big dance since the early ’90s. But, before tip-off in Indianapolis, those dreams were where shattered when all college basketball was canceled due to Covid-19.

“We did  everything we were supposed to do to make the tournament. There was nothing we could do about it and that’s what made it hurt the most. It was really hard on everybody. There were a lot of tears for sure.”

The next season would bring a whole new set of challenges, from being isolated from friends and family, to having to play without fans in the RAC–a building in which they had a tremendous home court advantage, going a league-leading 18-1 the previous season.

That season, the team battled to get back to the tournament, not only for themselves but for the seniors from the year before. In the 2020-21 season, the Scarlet Knights made their return to the Tournament, reaching March Madness for the second year in a row and getting to the round of 32, where they were narrowly defeated by the No.2 seed,  Houston Cougars.

In his four-year career on the court, Geo Bakers’ impact had been undeniable, but in his senior year, his work efforts for athletes off the court would garner national attention through the hashtag  #NotNCAAProperty. The movement that went viral in 2021 started as a group chat between Baker, Iowa’s Jordan Bohannon, and Michigan’s Isaiah Livers.  The Trio took to Twitter and began tweeting their thoughts on not having the right to own their own name, image, and likeness. Soon the movement spread across the country and reached higher-ups in the NCAA and beyond. Baker and the others met with NCAA President Mark Emmert and lawmakers to make their case for athlete compensation.

On July 1, 2021,  after years of hard work from both athletes and advocates, the NCAA passed a ruling giving athletes the chance to profit off their own name, image, and likeness. Overnight, this change shifted athletes’ role in the business from players to entrepreneurs building their own brand–something Baker credits to the college athletes’ tenacity and determination to speak out.

“It just showed the power of student athlete’s voices if you use it together and plan it well,” he stated.

With one last year of eligibility due to Covid, Baker returned for his fifth season, wherein the Scarlet Knights went 18-14 and returned to the NCAA Tournament. When his career on the court came to a close that spring, he had fulfilled the vision Coach Pikiell set before him as a freshman: the team regularly plays in front of sold-out crowds and has made it to March Madness in consecutive seasons. Geo Baker etched his name into the record books–ranking in the top ten of all time in three-pointers, points, and field goals made–and solidified his place in the top five for steals and assists. Although his basketball career is over, Baker isn’t done making an impact on the Rutgers community.

In May of 2022, Baker launched the Knights Society, a community that works to bridge the gap between Rutgers athletes, fans, and alumni, using the power of NFTs or non-fungible tokens. Once a person buys the NFT, they are officially in the community and receive special access to players and discounts at restaurants and bars around New Brunswick. 75% of all project proceeds go directly to the college athletes who are a part of the community. After a half-decade as a Scarlet Knight, Geo Baker has been through it all. From lopsided losses in a half-filled arena to a global pandemic to multiple trips to the NCAA tournament. With all he has seen and accomplished with the program, he wants his legacy on the banks of the Raritan to be summed up in two words, “A winner.”

Click here to learn how to become a part of the Knights Society. 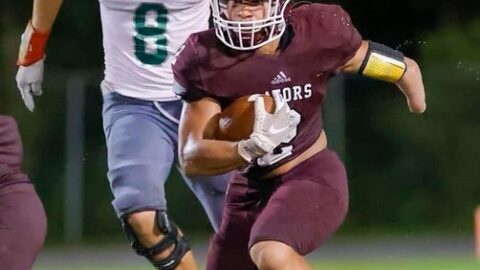 Records are Made to be Broken: The Story of Kayleb Wagner 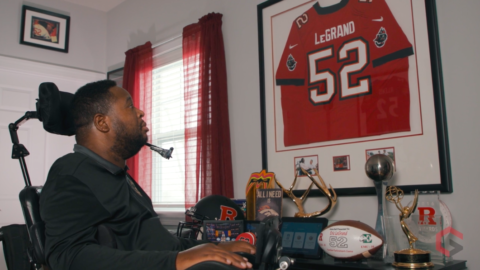 The Mindset and Inspiration of Eric LeGrand: Sports, Business, Life 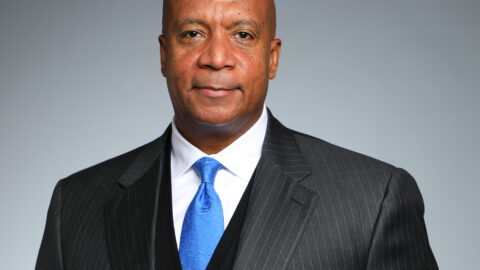 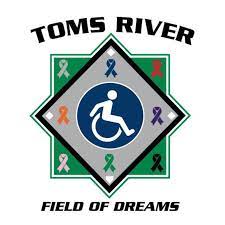 Sports For All: The Impact of The Toms River Field of Dreams