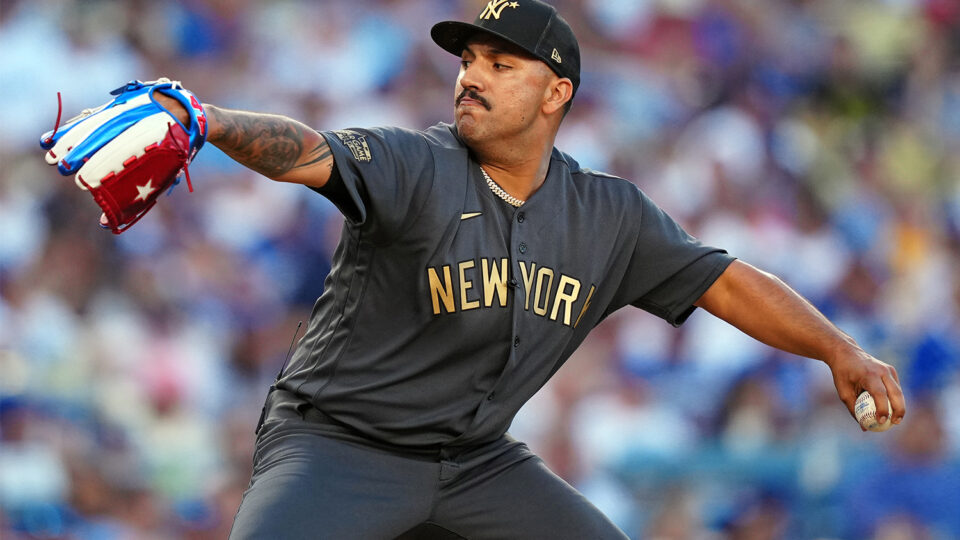 Nestor Cortes Jr. sat down on the black leather couch in Manager Aaron Boone’s office. Dressed in an all-blue Yankees warm-up suit, he listened intently to Boone as he laid out his next few appearances. He was then informed that one of those appearances would be in  California. However, the Yankees don’t have a west coast road trip planned for July. Nestor Cortes, the former 36th-round draft pick in the 2013 draft, was going to be an all-star for the first time.

The story of Nestor Cortes Jr’s rise to an MLB All-star begins in Hialeah, Florida, about nine miles away from Miami. Cortes played for  Hialeah High School, and after he graduated, he entered his name into the 2013 MLB draft. Cortes had options to play in college but was convinced by his middle school baseball coach, Carlos Marti, that he had what it took to be a professional ball player.

Marti was a scout for the Yankees at the time of the draft and pushed the team to take a chance on the 5’ 10” left-hander in the 36th round of the draft. Four years into his career, he was establishing himself as a solid weapon in the rotation, having an 11-4 record and a 1.53 ERA starting and coming out of the Bull Penn in Triple-A and Double-A ball. In 2018, he was picked up by the Baltimore Orioles. He made his Major League debut with Baltimore, but his success was short-lived. He was sent back down to the Minors after struggling with his command and posting a 7.71 ERA in just four games with the team.

After this trip to the Minors, Cortes began to question his future in baseball.

After being sent down, Cortes bounced around playing for both the Yankees and the Seattle Mariners farm systems.

In 2021,  Cortes made his return to the Bronx. After proving himself in the bullpen, he was put into the rotation in late July. Cortes immediately became a fan favorite. He doesn’t have overpowering pitching, his average fastball is 90.7 MPH, but he makes up for what he lacks in power with deception.

He has become well known for quick pitching batters and changing arm angles to mess with batters’ timing. In April, Cortes had the seventh lowest ERA in baseball among pitchers with at least 100 innings. His strikeout rate is also 18th best in the majors.

In addition to the impressive numbers, Cortes has had some memorable moments this season. One of which was an immaculate inning against Baltimore where he struck out three batters on nine straight strikes.

With his first All-Star selection, Cortes has proved that you don’t have to be the prototypical pitcher to have success in the big leagues.

“I’m 5”10”. I throw 90 MPH. Hopefully I can keep inspiring all those kids to keep pushing forward no matter what the circumstances are, there is always a way out.” Cortes told YES Network.

Cortes had to fight his whole career to prove he belongs in the big leagues. This season, he has shown that he doesn’t just belong. He is one of the best. Not bad for a 36th-round draft pick.