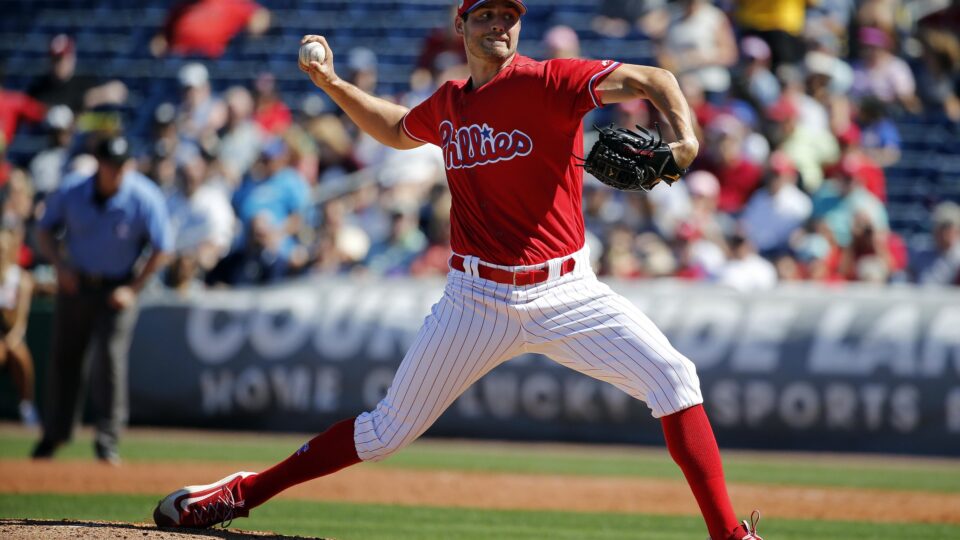 When Mark Appel was drafted first overall in the 2013 MLB draft, he was hailed as “the most significant investment the Astros have made in an amateur player in their history”  by MLB .com  By 2018, Appel’s star power had seemed to fade. After five years toiling in the minors, Appel announced that he would be taking an indefinite leave of absence from the game. He thought his career was over, but in reality, he was just getting started.

As one of the top 100 recruits coming out of high school,  Appel was used to being in the limelight. After his senior year at Monte Vista High School, he was drafted by the Detroit Tigers, but chose to play college ball at Stanford University.

By his Junior year at Stanford, Appel was showing that he was one of the top pitchers in college baseball becoming an all-American and ending the season with a 10-2 record. Appel once again was drafted by a big league team, but again elected to stay in college. His senior year, he continued to dominate dropping his ERA from 2.56 to 2.12 in another ten-win season.

With all the signs pointing to future stardom,Mark Appel was drafted first overall in the draft, signing a 6.3 million dollar contract with the Astros.

He showed some promise in his first season in the minors with the Astros going 3-1 and a 3.79 ERA  over 10 games. As he rose up the minor league ranks his numbers started to deteriorate quickly. At one point during the 2014 season, he had an ERA of over nine runs a game. Although his numbers never reached that high again, it wasn’t what he or anyone in the Astros organization had anticipated. After just two years in Houston, Appel was traded to the Phillies. He continued to struggle with inflated numbers and injuries and overall unhappiness over his performance while in the Phillies farm system and stepped away from the game in 2018 without ever reaching the majors.

The sports media was quick to declare Appel a bust and write him off as one of the best that never was. In a Bleacher  Report article published shortly after his retirement from the game, he addressed his critics.

“It depends on how you define it, but I probably am,” Appel says. “I had high expectations. I didn’t live up to those for a number of reasons. If you want to call me the biggest draft bust, you can call it that. … If I never get to the big leagues, will it be a disappointment? Yes and no. That was a goal and a dream I had at one point, but that’s with stipulations that I’m healthy, I’m happy, and doing something I love. If I get to the big leagues, what’s so great about the big leagues if you’re in an isolated place, you’re hurt and you’re emotionally unhappy? How much is that worth to you?”

With a four-year degree from Staford in management, science, and engineering he set off for a new career in the business world.

After two years away from the game, Appel began to feel like himself again. Since his retirement, he had had shoulder surgery and after rehabbing his shoulder he felt pain-free for the first time in years. He still had something left to give to the game he loved. In November of 2020, he made a call to the assistant GM of the Phillies asking him for one more shot, this time as a reliever. The team obliged and Appel played his first season back with the organization with the Reading Fightin Phils and the Lehigh Valley IronPigs

At the age of 30 and after nine years in the minors Appel was called up to the big leagues on June 29th, 2022 to face the Atlanta Braves. In his first appearance in the big leagues, Appel pitched a scoreless 9th inning. Check out his highlights below.

Last September Mark Appel took to Twitter to reflect on his almost decade long baseball journey and the lessons he learned about the sport and life at each stage of the journey. These lessons aren’t just applicable to baseball but to any challenge we are facing in life. Check out the thread below.