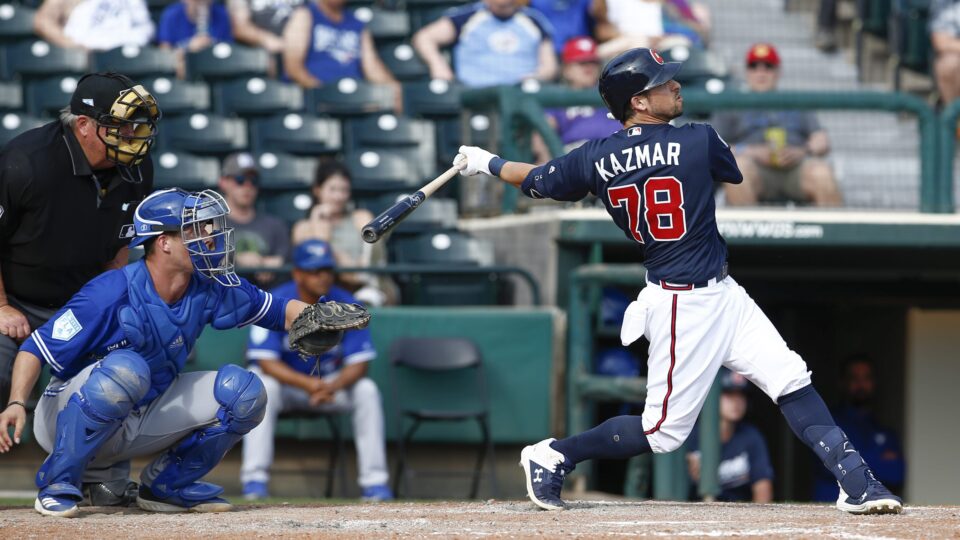 It was something he had done  hundreds if not thousands of times before throughout his professional career. Sean Kazmar had stepped into the batter’s box and stared down the pitcher countless times, however,  April 17th, 2021, marked the first time in over twelve years that he had done so in a major league ballpark. Kazmar was back in the big leagues, and the way he got there was nothing short of remarkable.

To understand this unique moment, one must look back to 2004 when he was taken in the fifth round of the MLB draft by the San Diego Padres. At the time, Kazmar was one of the best prospects to come out of his hometown of Las Vegas, Nevada. In high school, he was a four-year starter and instead of going to the majors out of school, he decided to play junior college ball at the Community College of Southern Nevada. Here, he would help his team win the Junior College World Series in 2003. While in college, Kazmar showed he could do damage at the next level. In the last season before the 2004 draft, he batted .330 with 21-stolen bases.

Four years after being drafted, Kazmar got his first opportunity to play in the big leagues. He played in 19 games for the Padres, starting in 17 of them.

“It was the greatest 48 days of my life” he told a reporter at the Gwinnett Daily Post in 2017. ” It could be a reason why I’m still going today. I want that feeling again. But it’s also (that) I love the game. I love being around the guys. I love being in the clubhouse. I love coming to the field every day and seeing the guys.”

It was this feeling that kept him going through an 18-year professional career.

He bounced around from team to team playing in the farm systems of the Padres, Mets, Braves, and Mariners during his career.

As a member of the Atlanta Braves, he made the most of his time in front of big-league coaches. He was named MVP of spring training for three straight seasons.

In 2020, he found himself on unemployment insurance after the season was canceled due to Covid-19,  but he continued to grind.  He bought a batting net and continued to work out  every day in case he was needed to play at any level.

On Saturday, April 17th, all his hard work paid off. Kazmar, now 36-years-old, found himself pinch-hitting in the 5th inning in a  13-4 game against the Chicago Cubs at storied Wrigley Field. With this at-bat, Kazmar etched his name in the history books for having the 9th longest break between appearances in the MLB since 1900.

Kazmar ended up grounding out into a double play, but that wasn’t what he was focused on when he talked to reporters after the game. Check out the video below

So what can we take away from Sean Kazmar’s story? The first lesson is never give  up on your dreams because you never know what can happen. Secondly, always be ready. If we never give up and are prepared to take on every opportunity, nothing can stop us.