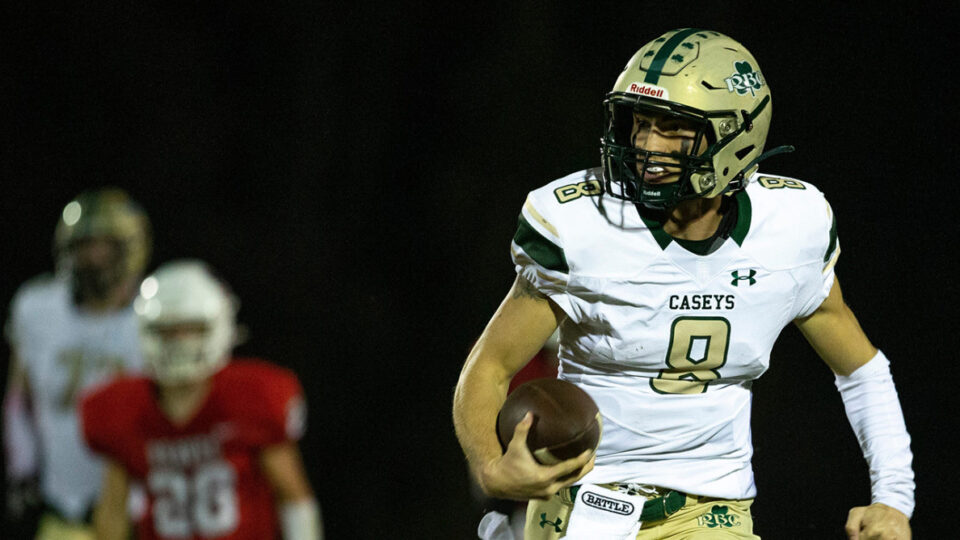 Redbank Catholic quarterback, Alex Brown, scored 48 points in a New Jersey State Playoff game against Morris Catholic. In a performance that is truly Greater Than The Game, Brown threw for six touchdowns along with two rushing touchdowns a day after his mother passed away from breast cancer.

Second-seeded Redbank Catholic defeated seventh-seeded Morris Catholic 54-38 under the bright lights of RBC’s Count Basie Field. Brown led the team through the air, completing 11 of 18 and added another 7 carries on the ground for an additional 76 yards. Running back Torin Harmin added to the stat sheet on the ground with 153 rushing yards and Wide Receiver Emmanuel Ross led the team with 112 yards receiving, catching three of Brown’s six touchdowns.

A message from the G.O.A.T

After the victory, Brown reflected on what his mother’s battle with breast cancer taught him.

“She’s always taught me how to be brave and be strong, and watching her struggle with cancer and having to deal with that pain, she made me understand what it means to be strong,”  Brown told Nj.com. “She was my warrior and she showed me how to fight.”

The fight and heart he showed on the field soon reverberated across the country when outlets like Sports Center and Sports Illustrated picked up the story.

It wasn’t long before his story went viral. A video of one of his rushing touchdowns, where he paid tribute to his mom, got over 30 thousand likes and more than three thousand retweets. Buccaneers quarterback Tom Brady even reached out to Brown Via a Twitter comment.

Although the game was emotional for Brown and he knows that through him playing this game the day after his Mother’s death, his story and his Mom’s life have impacted people across the world.

“If God has a plan, I don’t know why he chose my mom. I can’t explain that part of it,” Brown said. “But the one thing I do understand is that she definitely has made me stronger and other people stronger, and she has inspired me and apparently the whole world.”