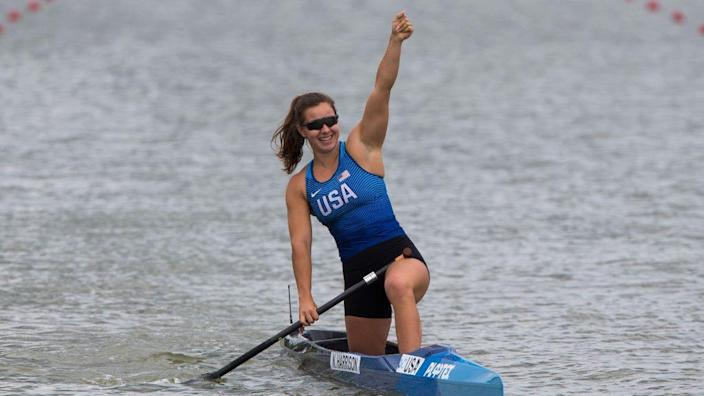 It took just less than 46 seconds for Nevin Harrison to make history at the Tokyo Olympics on Thursday. The 19-year-old Seattle native became the first woman to ever win gold in the 200-meter Sprint Canoe event. She has also become the first American to win a medal in canoeing since 1992.

The Race That Shocked The World

Harrison fell in love with the sport of Canoeing when she was 11 and a year later, she was ready to start competing. By the age of 15, she already had two golds and a silver medal while representing Team USA on an international level. In 2019, she put the world on notice when she earned a gold medal at the ICF 2019 Sprint Canoe World Championships in Hungry.

Her win was so unexpected that officials at the race had to delay the medal ceremony because they couldn’t find the American flag.

“Going into the race, I said I was going to win,” she told NBC Sports. “Someone said no, you should be realistic with your goals and I said no, I’m going to win, and then I did.”

A Change Of Plans

Growing up Harrison dreamed of representing the USA in the Olympics, she just thought it would on land as a member of the US track team. When she was 14 she was told by doctors that her dream would never happen due to being diagnosed with hip dysplasia, a condition that causes severe pain when running. With track no longer an option, she devoted herself to canoeing. Little did she know that five years later she would be representing her country in the Olympics, and edging out a six-time world champion in Canada’s Laurence Vincent-Lapointe to take home the gold. Take a look below!

After the race, Harrison reflected on her diagnosis. She told Teamusa.org that her experience in high school gave her a unique perspective on making history.

“It taught me really young that you can’t take for granted anything,” Harrison said, “and it’s given me a whole new perspective on life, everything, it makes this moment even better.”

If we can learn anything from Nevin Harrison, it’s that sometimes in life we might plan on how to reach our goals, but even if the end goals don’t change, the way we reach them might. As long as we don’t give up, anything can happen!