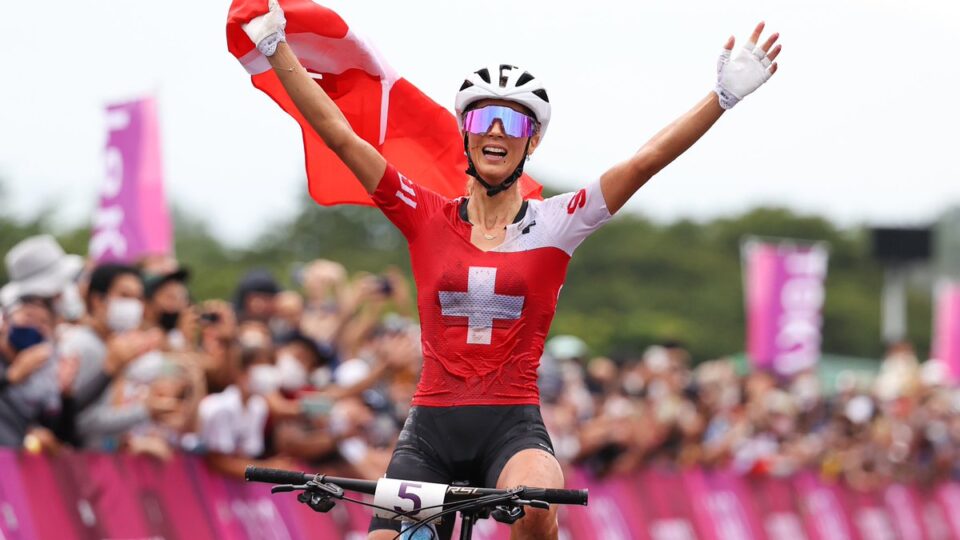 Research shows that cross-country cyclist Jolanda Neff has a maximum output of 700 watts of energy when she is on the course. This is enough energy to power your refrigerator, but the power she generates in the uphills and downhills of the course pales in comparison to the mental power and grit she showed to get to the 2021 Olympics in Tokyo, Japan.

Who is  Jolanda Neff

Swiss-born Jolanda Neff has been biking for as long as she can remember. Her father was a  professional road cyclist who picked up mountain biking later on in life. What started as a hobby for her father grew into a family affair. Neff competed in her first race at six years old and fell in love with the sport.

By 2012, Neff was starting to dominate the cross-country mountain biking world. At 21-years old, she became the youngest rider, male or female, to win a World Cup in the history of the sport.

The Road to Recovery

In December of 2019, Neff was posed for her second trip to the Olympic games that summer, but just before Christmas, everything changed. While training in North Carolina, Neff crashed into a pile of logs, breaking two ribs, partially collapsing her lung, and rupturing her spleen.

The doctors told her that instead of removing her spleen they would plug it. This meant that her spleen was dead and could no longer be used.

In an interview with Ross Bell of PB  Pinkbike.com, Neff  explained what her recovery was like.

“I had a full month where I couldn’t train, or even move, I wasn’t allowed to walk up a hill or to do anything that would raise my blood pressure was completely forbidden. No movement at all, just to make sure that plug they put in wouldn’t burst. I had a lot of time to think and to deal with the whole situation, no one really knew if I would be healthy again or if I would be able to race again, or even ride my bike.”

It took three months before Neff was ready to get back on her bike. After a check-up from her doctors in Switzerland, she received some unexpected news. Her spleen was not dead. Doctors told her that, despite her operation, her spleen was still receiving blood.

With the Olympics postponed due to covid,  Neff could take the time to make sure she was fully recovered before competing on the world’s biggest stage at the 2021 Tokyo Olympics. Through the 2020- 2021 season, she placed first or second in five different races but wasn’t the favorite to take home the gold in Japan

On July 27th, 2021 Neff helped cross-country mountain biking make history with all three Swiss racers reaching the podium. Neff was back to her old self dominating the rest of the field. She led the pack from the start and finished the race a full 11 seconds before her teammates.

Much like the mountain biking courses that she competes on, Neff has experienced the highs and lows of her sport over the past four years. How she has responded to both the hardships and the successes is something we can all benefit from.

Chase your dreams. Chase them until you’re out of breath. Then keep riding.