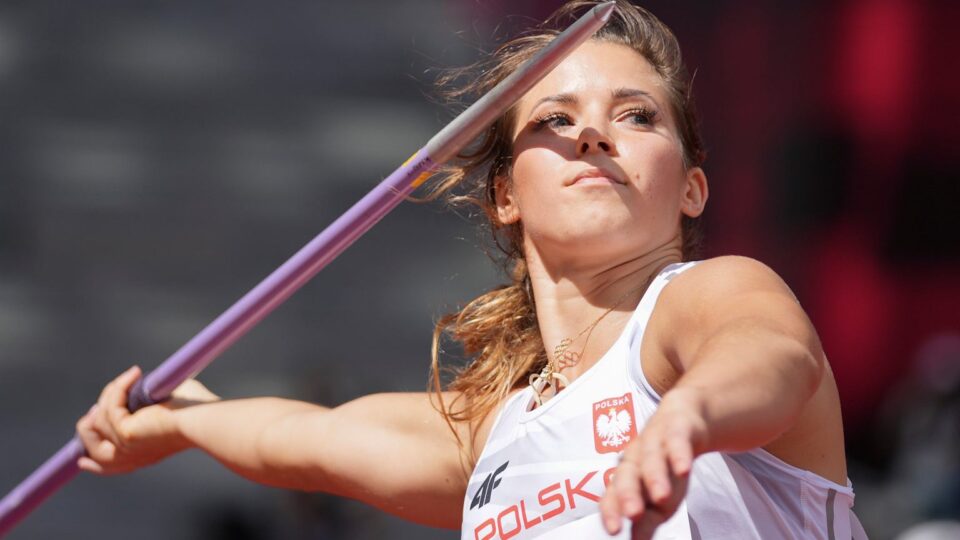 Polish-born Javelin Thrower Maria Andrejczyk won her first medal in this summer’s Tokyo games. At 25 her first metal in her Olympics career would mean more than just a second-place finish, it would help save a life of an eight-month-old- baby.

Andrejczyk grew up playing volleyball in her hometown of  Kukle Poland. she loved the game and played through high school but gravitated to the sport of Javelin around the age of 12 because of the individual nature of the sport.

“my success depends only from my hard work and my sacrifice was giving me such motivation to keep on pushing myself to the limits (and still does).” she told womenfitness.com.

In 2015 her hard work and sacrifice pushed her to become the U20 European champion, setting a national record in the process with a 62.11meter throw.

In 2016,  she fell just two centimeters short of being on the podium in Rio. After the games, she started to feel pain in her shoulder that kept her out of competition for the 2017 season. In 2018 she was hit with some more bad news. Her doctors found that she had a rare form of bone cancer called an osteosarcoma.  Andrejczyk  seemed unphased by the diagnosis

It was not something very dangerous and I knew I could make a quick recovery.” “It was soft cancer and I didn’t have to go through chemotherapy,” she told Worldathletics.org

Andrejczyk went through surgery to remove the cancer and was back to training in under a month.  When the Olympics were pushed back a year  Andrejczyk knew she would have plenty of time to get healthy.

With a clean bill of health Andrejczyk built on her 2016 performance to reach the podium and claim a silver medal be behind China’s  Liu Shiying.  Check out the finals of the women’s Javilan by clicking here.

On August 11th  Andrejczyk saw an online fundraiser for a eight-month-old baby named  Miloszek Malysa. Malysa was on hospice and need to get heart surgery in the United States to help save his life. The family was running the fundraiser to help with the expenses and Andrejczyk stepped in to help.

“The true value of a medal always remains in the heart,” Andrejczyk told The Times. “A medal is only an object, but it can be of great value to others. This silver can save lives, instead of collecting dust in a closet. That is why I decided to auction it to help sick children.”

By the time the auction was over, she had a bid from a convenience store chain named Zabka for $125,000. This bid won the auction and helped the family reach their fundraising goal.

Even though they won the bid, Zabka told Andrejczyk to keep the medal.

In a Facebook post after the auction, Andrejczyk said that that the medal represented more than just second place in an Olympic event. Referring to the sick child, she stated that It was a

“symbol of struggle, faith and the pursuit of dreams despite many adversities.” She added: “I hope that for you it will be a symbol of the life we ​​fought for together.”