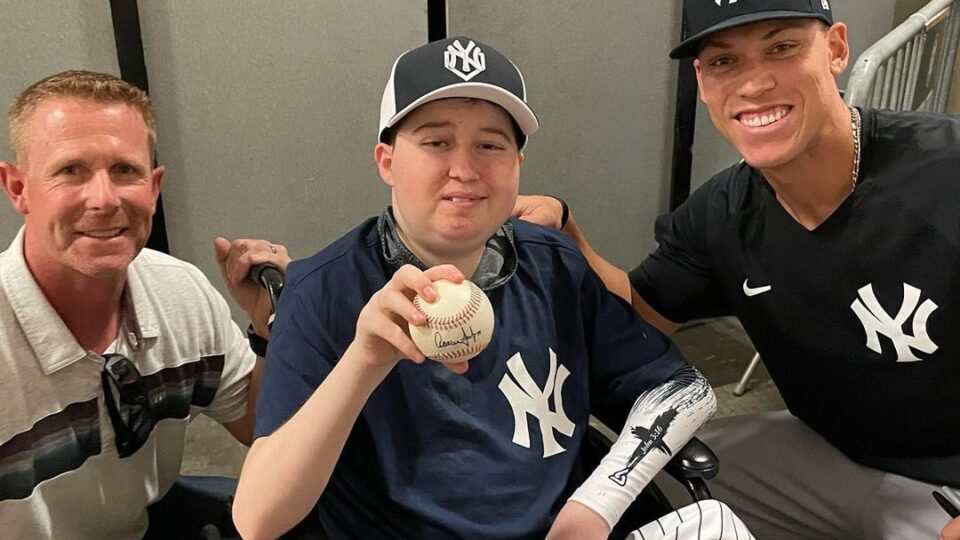 Before tearing open a new pack of baseball cards, Mason Ferrulli, and his dad Kyle said a quick prayer. The two asked God for a valuable card and with one turn of the hand, their prayers were answered. The video of the reaction to the card they found went viral, not because of the card they found, but because of what Ferrulli has overcome.

Mason Ferrulli is a four-time cancer survivor who has battled both brain and spinal cancer. Over the past four years, Ferrulli who is a huge sports fan has touched the hearts of numerous athletes from his home state of California and beyond. Check out this video of players that have joined the fight with team Mason.

In addition to his love of sports, Ferrulli is an avid outdoorsman. He loves hunting and fishing and makes videos of his outdoor adventures for his social media and youtube channels. It was while making one of these videos that his story went viral. This time he wasn’t hunting for an animal, he was hunting for a rare baseball card, and boy did he find one.

Ferrulli and his dad found a one-of-a-kind Arron judge baseball card and their reactions will melt your heart.

Before the Yankees took on the Oakland A’s on August 26th, they made sure that Arron Judge got to spend some time with  Ferrulli, giving him a signed jersey and taking a picture with him. Judge wrote a note on the back of the jersey that read

Keep being the strong leader you are. Never give up!

He is still going through treatment and his family is running a Gofundme in order to offset his medical costs. If you would like more information click here. You can also follow his Youtube and Instagram by clicking on the links. His goal is to reach 20k Instagram followers. He is currently at 18.6k.