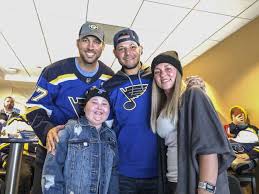 Imagine being stuck in your home for four months. No going to work or school, no going out with friends. This was a reality for 11-year-old a Laila Anderson, who has been battling HLH, a disease that attacks your immune system from within.
HLH has caused Laila Anderson to have to undergo chemotherapy and bone marrow transplants. Anderson is a huge St. Louis Blues fan, and while she was receiving treatment at St. Louis Children’s hospital she was able to meet Defenseman Colton Parayko. The two made an instant connection that didn’t stop when Anderson left the hospital. In May when she was cleared to leave her house for the first time, the first place she went was Game 3 of the Western Conference Finals vs. the San Jose Sharks.

Check out this heartwarming video of her mom telling her she was going to her first playoff game (you’re going to need some tissues).

The video went viral, and since then she has taken America by storm. From conducting post-game interviews after game three to being interviewed in-between periods at the Stanley Cup Finals. She has not only uplifted her team and her city, she has touched the hearts of people all over the nation. Colton Parayko told USA today that meeting Anderson has taught him a lot.

“I think mainly (it’s) life outside of hockey, that there’s so much more in life than hockey. If you come to the rink every single day, we do practice, we do video, we play games, we talk about hockey. We go home. It’s just hockey, hockey, hockey. I mean this is serious stuff. These people are kids, and they’re fighting for their lives. It affects their family, everybody in the hospital. It just puts things into perspective.”

The Improbable Run
In January it looked like the Blues would be nowhere near making a Stanley Cup run or even making it to the playoffs; as of January 3rd the team was dead last in the league. By the end of the month, they caught fire, winning 11 straight games. This is the longest win streak in the NHL in the last two seasons. The team also set a franchise record for wins in February going 12-1-1 for the month according to NHL.com. The team continued their hot play through the latter part of the season and now find themselves leading the Boston Bruins in the Stanley Cup playoffs 3-2. Just one game away from their first ever Stanly Cup victory.

Inspiring others to do good

With Anderson touching the hearts of so many people around the country, the National Bobblehead Hall of fame and museum has announced that they will be creating a Laila Anderson bobblehead featuring her with her go Blues sign and her signature jean jacket. All of the proceeds will go to the St. Louis Church and hospital. Each bobblehead is $25 plus a $5- 8 shipping charge. 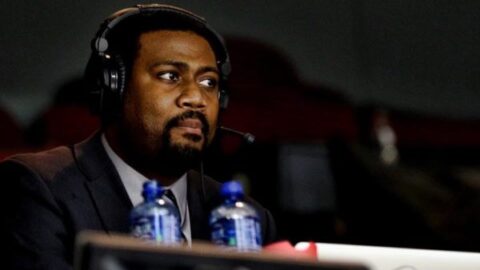 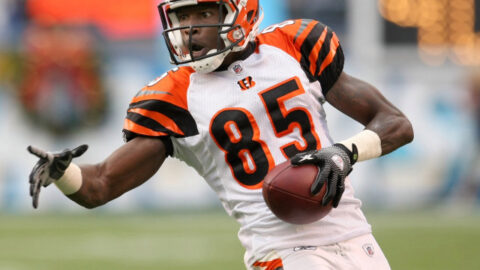