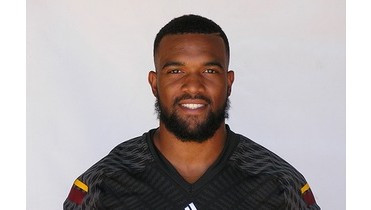 On July 3, 2020, Philip Blanks was visiting a friend’s house when he heard shouts outside and saw that the third floor of a neighboring apartment building was on fire. The only option for the mother trapped inside was to toss her children out the window to the bystanders below. Rachel Long threw her three-year-old son off the balcony, and Banks stepped in and made the most important catch of his life.

“People were screaming ‘there are kids up there’ and to throw the kids down,” Blanks told reporters. “I saw another guy was standing there ready to catch the boy, but he didn’t look like he was going to do it, so I stepped in front of him. The way I caught him, I fell on my side, and of course, damaged his foot, but the most important thing is that his head was safe.”

While many call him a hero Banks maintains that it is Rachel Long who should be getting the spotlight. “The mother, she is the real hero of the story because she made the ultimate sacrifice to get her children out,” Blanks told ABC7 News.

Who is Philip Blanks

Blanks is a retired Marine who served four years before getting a job in corporate protection. Blanks says that these jobs, coupled with his experience as a high school defensive MVP and a  college-wide receiver, helped him be ready for the moment.

Blanks wasn’t the only person to step in and help when the fire broke out. 42-year-old father of two, D’Artagnan Alexander, ran into the burning apartment and pulled Rachel Long’s 8-year-old daughter from the flames.

If stories like this one teach us anything, it’s that heros like these men are all around us.