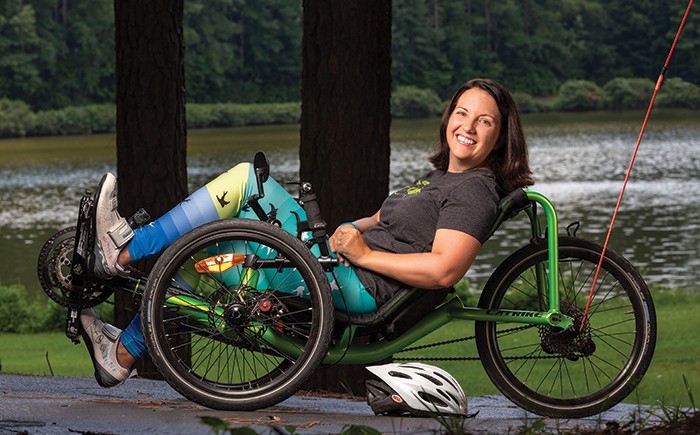 It took just over five hours for Andrea Peet to finish the 26.2-mile course across the rugged landscape of Prince of Wales Island in Alaska. As she reached the finish line a crowd gathered with cheers of congratulations and excitement. This Race marked the end of an eight-year journey where she completed 50 marathons in 50 states while battling ALS.

At the age of 33, Andrea Peet was diagnosed with ALS, a progressive neurodegenerative disease that attacks cells in the brain and spinal cord, leading to muscle weakness and paralysis. Most people diagnosed have an average life span of two to five years. When she was diagnosed she knew she wasn’t going down without a fight.

“I wanted to set a crazy goal,” she told reporters.

Before her diagnosis, she had enjoyed running and thought that setting the goal to complete a marathon in every state would be a great way to raise awareness for the disease while seeing more of the country.

Almost a decade later, Peet still has use of her legs and uses a recumbent trike to complete each race. With each mile she rides, she is fighting back against the disease.

“Being outside, feeling my muscles move, breathing hard… these are all things I shouldn’t be able to do. These simple joys are denied to people with ALS as they are forced to watch themselves die, muscle by muscle” she states on her website. “So I will be out on my trike for as long as I can, to celebrate freedom of being alive, and to raise money and awareness about ALS.”

In 2016, Peet and her husband David founded the Team Drea Foundation. Their mission is to:

Support initiatives that work to find a cure or effective treatment for ALS and raise awareness of the disease. Over the past six years, the organization has raised more than $750,000 for this research with the help of 200 athletes around the world. To find out how to join the team click here.

Peet hopes that her journey can give  others fighting the disease hope.

“I want to show people this is possible” she said. “And even people not battling ALS — everyone is fighting something — so I’m hopeful that I am able to do what I set out to do, and I hope I can help people meet big goals.”