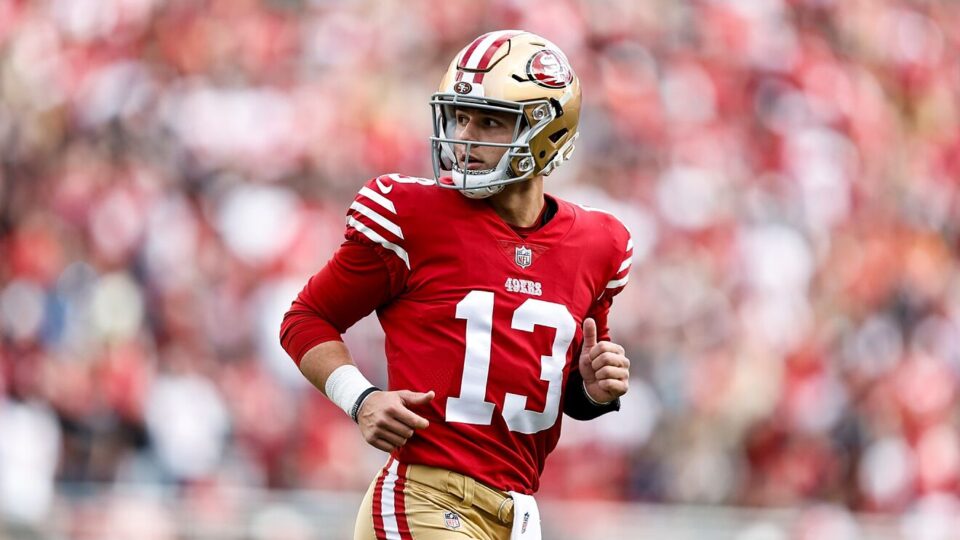 San Francisco 49ers Quarterback, Brock Purdy, was born on December 27, 1999. One hundred and ten days later, Tom Brady was selected in the 7th round of the 2000 NFL Draft by the New England Patriots. Fast forward to 2022, Purdy was chosen with the last pick in the draft, a selection known as “Mr. Irrelevant.” On Sunday, Brady and Purdy faced off on the gridiron, and Purdy showed just how relevant he could be.

Before Brock Purdy was playing in front of thousands of NFL fans, he was leading the Iowa State Cyclones to victory. Much like his NFL career, his college career began with him coming off the bench after the starter, Kyle Kempt, was sidelined due to injury. Once Prudy took the reins in the fifth game of the 2018 season, he didnt look back. The former high school Arizona Gatorade Player of the Year threw for 2,250 yards with just seven interceptions. He was ranked 6th in the nation in passing efficiency for the 2018 season and led his team to an Alamo Bowl victory.

By the time he finished his career at Iowa State, he had been named to two First Team All-Big 12 teams and was named Second Team Academic All-American. In his senior season, he tied Iowa States’ single-season touchdown record with 19 and led the Big 12 in passing yards.

Mr. Not So Irrelevant

Although He came into the league as the last draft pick and ranked fourth on the depth chart, Purdy was determined to show why he was drafted when he reached San Francisco.

“People, they make a joke out of it [being Mr. Irrelevant] and whatnot,” he told reporters, “and it’s all fun and games in terms of taking the trip and meeting great people and that kind of thing, but for myself, I’ve always believed that I don’t care what slot, what round, what pick that I get picked or if I was undrafted. My whole thing was, man, I just want to go out and prove to myself that I can play at this level. And so that’s always been my mentality.”

That’s precisely what he did. After the starter, Tray Lance, got hurt, he moved up to second on the roster behind the new starter, Jimmy Garoppolo, who went down with a Lisfranc injury in week 13. Now  It was Purdy’s time to shine.

In his first start against the Tampa Bay Buccaneers and future Hall of Famer Tom Brady, Purdy arguably had the best start of any San Francisco quarterback this season. He threw for 185 yards and two touchdowns. He added a rushing touchdown in San Francisco’s 35-7 victory.

Purdy showed great poise under pressure for a rookie. According to Kyle Posey of ninersnation.com, Purdy led the offense to its second-highest success rate and tied for its highest first-down percentage. He also had the second-highest yards per attempt when under pressure among all quarterbacks in the NFL in week 14 with 13.6 yards per attempt. Check out some of his highlights below.

After the game, Purdy told reporters that his first NFL win against Tom Brady was like a dream.

“I grew up watching him, seeing him make plays and win Super Bowls, so to be out on the same field and being able to compete against one another… it’s literally a dream come true.”

Brock Purdys NFL career proves that if you keep working hard and believe in yourself, your time will come. Just like Prudy in college and the NFL, you will be ready when your name is called because of that preparation and hard work. Who knows, you might even take down the GOAT in the process.