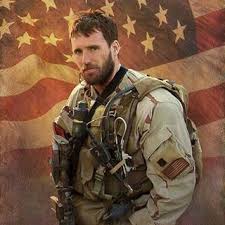 One mile . . . One-Hundred pull-ups . . . Two-hundred push-ups . . . Three-hundred air squats . . .  One mile. Oh yeah, you can also add a weighted vest for an extra challenge. This is the CrossFit workout known as Murph. Over the past nine years, this workout has become a staple within the CrossFit community, taking the average person anywhere from 48- 52 minutes to complete without the vest.

In the hour it takes to finish this workout, your muscles will cramp, you will sweat from every pore in your body and you will think you are going to barf. Every pain-staking moment, every pull-up, every squat, every step, is a tribute to American hero Lt. Michael Murphy, who died in Afghanistan in 2005.

Murph is one of CrossFit’s hero workouts. The Murph workout was initially named Armored, due to the weighted vest that is worn during the workout. It was one of Murphy’s favorite workouts. Now it is done on Memorial Day to commemorate his sacrifice.

Michael Muphy was a larger than life person whose charisma and love for others touched everyone who knew him. His parents describe him as a protector, someone who would always put others before himself. When he was in middle school, he saw three kids trying to force a disabled student into a locker. Murphy stepped in and defended the boy.

Growing up, Murphy was a tremendous athlete, playing baseball and football. He wasn’t always the biggest, but he would do anything to help his team win.  While in high school he let a younger teammate take his starting spot while mentoring him to help the team.

In the classroom he also excelled, graduating with high honors from Penn State with a degree in political science and psychology. After college, he was accepted into University of Pennsylvania Law school.

He decided to go a different route and pursue a calling to be a Navy Seal which he earned In 2002.

During his time as a seal, Michael Murphy kept in contact with family and friends through email or text. In a documentary about his life called Murphy Protectors, his mom tells the story that, on the last time she saw him, she told him to text her when he got back to his unit in Hawaii. She never got that text.

On June 28th, 2005 Murphy and three other Navy Seals were sent to the Hindu Kush to gather information on Taliban forces.

The Unit position was compromised, and 40 Taliban fighters surrounded the Seals. A firefight ensued. When the team tried to call for an evacuation, the call wouldn’t go through. To save his unit, Murphy ran to an open field under heavy fire and made a call back to base.

His famous last words where thank you as he hung up the phone.

That phone call saved the life of fellow Seal Marcus Luttrell, the author of the book Lone Survivor. For his heroic acts on that day, Murphy was awarded the Medal of Honor from President Bush in 2007.

Lt. Michael Murphy was buried on July 13, 2005. As his parents were walking back from the grave to the car, his mom got a text which read;

The date on the text was March 31st.

This was the text that his parents never received four months prior.

So, as you celebrate Memorial Day through BBQ’s, going to a parade or doing the Murph workout, please take the time to think of those who have paid the ultimate price, allowing us to go about our daily lives in freedom.

Don’t forget to watch the game at 6:09 today. If you liked what you read, please subscribe below and share with friends.