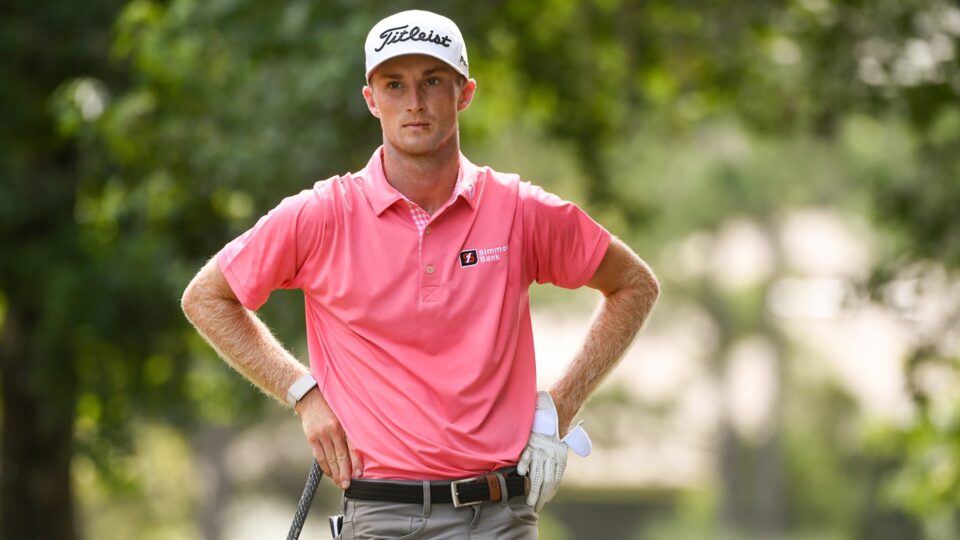 Will Zalatoris was one stroke away from golf history on Sunday. Just one stroke away from earning golf’s most coveted prize, the Green Jacket, and walking away from Augusta National as the 4th rookie ever to win the Masters. Although he would fall to Hideki Matsuyama, the future looks bright for the young star.

Who is Will Zalatoris?

Will Zalatoris knew he wanted to compete in the Masters since he was 8-years-old. Like many of the golfers of his generation, he grew up watching Tiger Woods, imagining that one day he would be in a position to take home the Green Jacket just like Tiger.

Zalatoris had some early success in golf, competing in the U.S. Junior Amateur Championship when he was twelve and winning the title 5 years later.

Coming out of high school, he earned a scholarship to play college golf at Wake Forest, where he would become the ACC player of the year in 2017. In 2019 he decided to leave college and turn pro.

Not So Par for the course

Although Zalatoris was now a professional, he was still not a member of the PGA tour, but that didn’t stop him from winning developmental events on the Korn Ferry Tour, a tour that gets players ready to compete in the PGA Tour. During the 2020 season, he finished in the top ten in eight events and got his first win under his belt at the TPC Colorado Championship.

When Covid-19 hit, the PGA announced that no player would be able to move up to the tour. However, Zalatoris was playing so well that he qualified for the US Open. At the Open, he continued to turn heads by tying for sixth place, earning him a temporary membership in the PGA and a trip to the Masters!

Coming into the Masters, Zalatoris knew it would be a long shot for him to win, but that wasn’t going to stop him from trying.

.Although he had a rough start to the tournament by the end of day one he showed he could be a contender. Through the first 11 holes, he was over par but managed to make up for the rough start. By the end of day two, he was tied for 4th. On the third day, Zalatoris continued to ascend to second place. On the last day, Zalatoris couldn’t pull in front of leader Hideki Matsuyama, who secured the win with a bogey on the 18th hole.

Check out the winning hole.

Will Zalatoris’s story shows us all that we shouldn’t let lack of experience stop us from going for it all. Whether in business, school, or sports, if we are crazy enough to dream it, we should go for it.