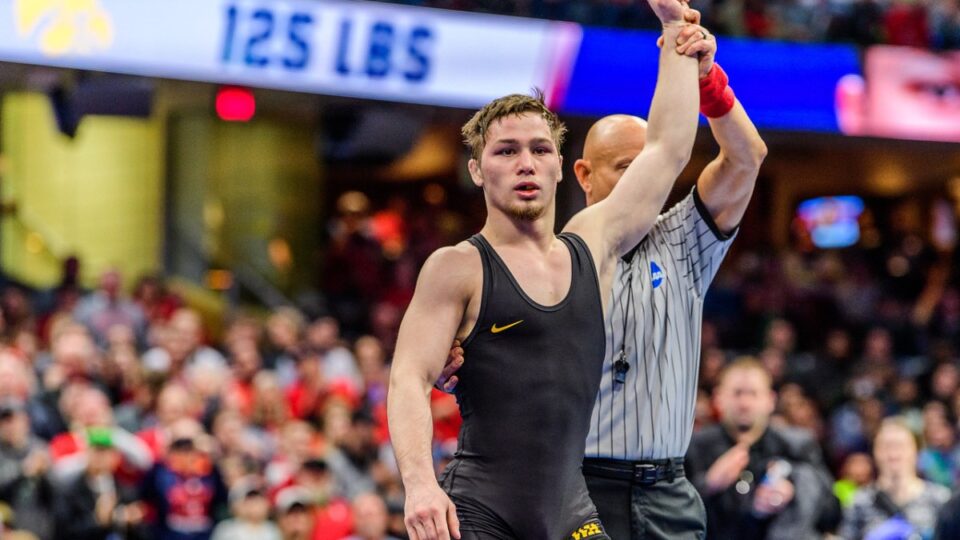 “No excuses” has become a common trope within the world of sports. While the expression is common, putting it into practice is not. On Sunday, Iowa State wrestler Spencer Lee was the embodiment of the phrase as he won his third National Championship with a torn ACL

Spencer Lee has always been a force of nature on the mat. In his four years of high school, the Pennsylvania native had a record of 144-1. In 2017, he was the number one high school recruit in the country and was recruited to wrestle at Iowa. He continued to dominate the competition in college, winning a National Championship as a true freshman and a sophomore.

In the 2021, NCAA National tournament, he continued his winning ways. Sunday’s championship victory was his 35th win in a row. During that stretch, he outscored his opponents  430- 40.

A team of Champions

Lee’s seven-point victory over Arizona State’s Brandon Courtney clinched the National Championship for the Hawkeyes. This was the team’s first National Championship in eleven years. The final match for the Hawkeyes almost didn’t happen. Lee’s  coach considered pulling him from the tournament multiple times due to the pain he was in. Even in severe pain, Lee wanted to win or lose on his terms.

‘If I’m going to lose, I’m going to lose my way.’ That’s it. It doesn’t matter. If I lost, I probably wouldn’t have said anything because that’s just how I am. You have to win no matter what. That’s what defines a champion.

Lee’s dad told reporters that he sustained the injury within the first 30 seconds of the Big Ten Championship match, a few weeks earlier, where he defeated Devin Schroder of Purdue 21-3. Leading up to the NCAA tournament, Lee knew that it would be a long haul. If he wanted to complete the three-peat, he would have to face the country’s best wrestlers while having little use of his knee.

Excuses are for wusses.

After the win, Lee told reporters that he didn’t want to tell anyone about his injury because he did want to use it as an excuse.

So what can we take away from this  story of three-time National Champion Spencer Lee? We may not be put in the position where we are faced with the same physical challenges as Lee, but we are faced with daily excuses that hold us back from our goals. Whether it be hitting the snooze button because we are tired or not eating right when it’s more convenient to do otherwise. We are faced with a daily barrage of excuses that can keep us from being the best we can be. However, each day we fight back against this mindset, there is no telling what we can accomplish.