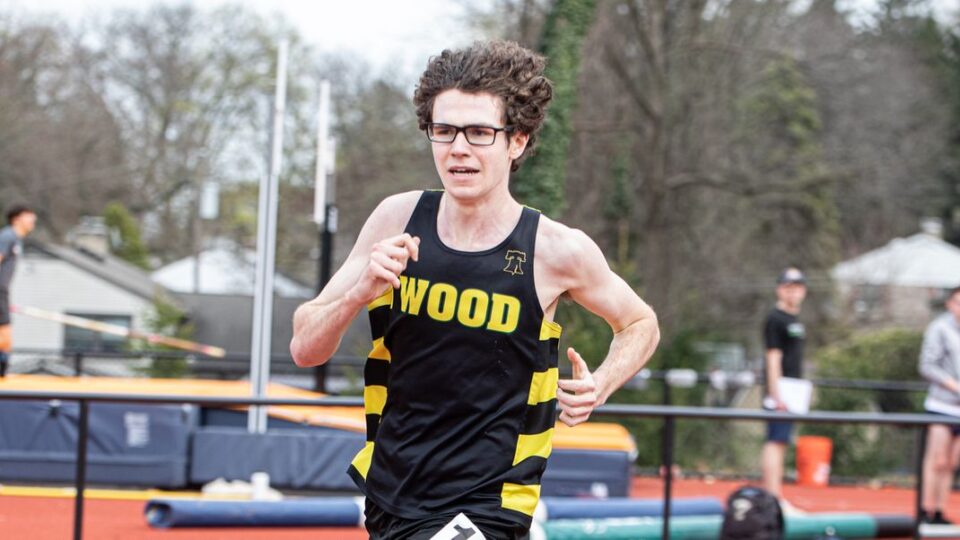 When Banister shattered that barrier, even high schoolers began to believe they could run a four-minute mile. Eleven years after Banister’s record breaking run, Jim Ryun became the first high schooler to run a sub-four-minute mile, completing the run in 3:59.0.

With this run, Martin became just the 14th high schooler to run a sub-four-minute mile. What makes the run even more impressive is that he did it without the use of a pacer. Check out the record-setting finish for Archbishop Wood below.

“I can get through the first 400 meters in about 58 seconds or so,” he told reporters. “And normally, my next laps after that are about 60 seconds or a little slower and I fall off pace a little bit … But this time, my second lap was 58.6 again. So, I knew I was well on pace and after about two laps, I was pretty confident I had it.”

In the same day, Martin broke a record set in 2000 for the 800 meters, completing the race in 1:51.29. After the meet, the future University of Virginia Cavalier encouraged anybody with a big dream to enjoy not just accomplishing that goal, but the journey it takes to get there.

“Find joy in the little things and the process of building up to it” he told CBS News.”If the reason you are doing it is to reach that goal and you are not enjoying the hard work and things that build up to it, you are probably going to have a harder time achieving it . Overall, I think you need to find joy in the process. If you find reasons to keep going other than the goal, it will be a lot easier.

Often times, when chasing a goal, we can lose sight of how we grow and change and the fun we have when training and working for that goal. The journey is always important even when the destination takes just under four minutes to reach.