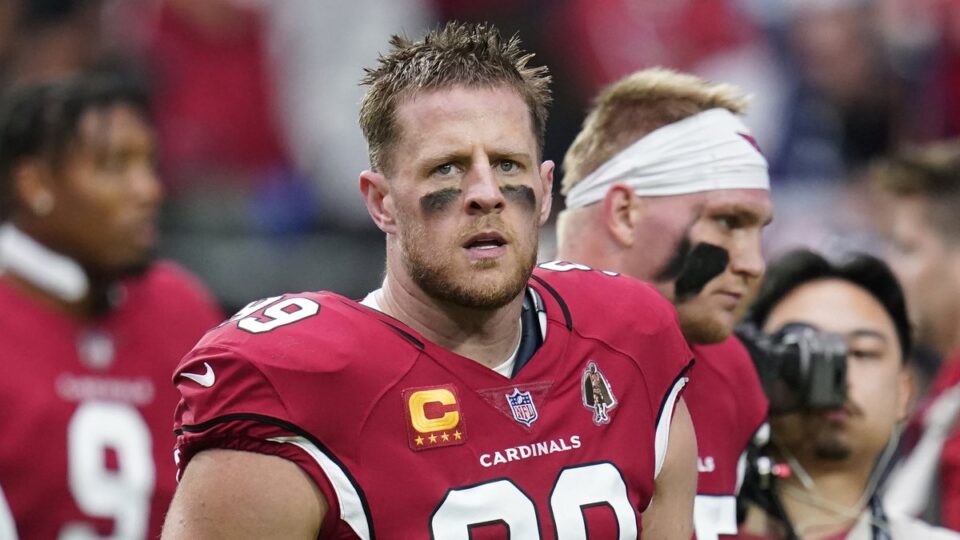 Arizona Cardinals Defensive End JJ Watt has been a nightmare for opposing quarterbacks and defensive coordinators. As a three-time Defensive Player of the Year and franchise leader in sacks and forced fumbles for the Houston Texans, he has made a career of blowing up any play the offense threw at him.  After over a  decade in the league, Watt has played his last snap as a professional football player; however, the impact of his career has gone way beyond the hash marks.

A Badger at Heart

From a young age, Watt had one goal in mind; play football for his Wisconsin Badgers. However, after his senior year of high school, Watt’s childhood dream looked to be over when the two-star 220lb tight end accepted a full scholarship to Central Michigan. After a season in which he saw eight catches, he chose to follow his dream, forgo his scholarship, and walk on to Wisconsin.  Check out this video below, where Watt details his journey to Wisconsin.

At Wisconsin, Watt moved to the defensive line and started to dominate in the Big Ten. By the time he was a senior, he led the Badgers in tackles for loss, sacks, forced fumbles, and blocked kicks, earning himself an AP and SI second-team All-American nomination. Later that year, Watt would be selected with the 11th overall pick in the NFL draft by the Houston Texans.

While Watt was still in college, he founded the JJ Watt foundation with the mission of providing after-school opportunities for middle-school-aged children in the community to become involved in athletics. Helping the kids dream big and work hard. Watt started with the goal of raising $100,000 for the organization but has since raised over $6,600,000 for more than 700 schools across the country.

In 2017, Watt was named the NFL’s Walter Payton Man of the Year for his work raising relief money after Hurricane Harvey. In just 19 days, Watt and others raised over $37 million dollars for relief efforts. During his acceptance speech for the award, Watt emphasized our responsibility to help others in need.

“Whether we realize it or not, we are affecting everyone around us with our every move. The more that we can shine a light on the positivity and the good that we are in this world, the better off we’re going to be. We all have to go through this crazy journey together, so why not help each other out and make it as great of a journey as possible.”

JJ Watt has left an unparalleled legacy on and off the field. He bet on himself, had a big dream, worked extremely hard to see it through, and impacted countless lives. Whatever goal you are pursuing, don’t stop because you never know who you will help along the journey.