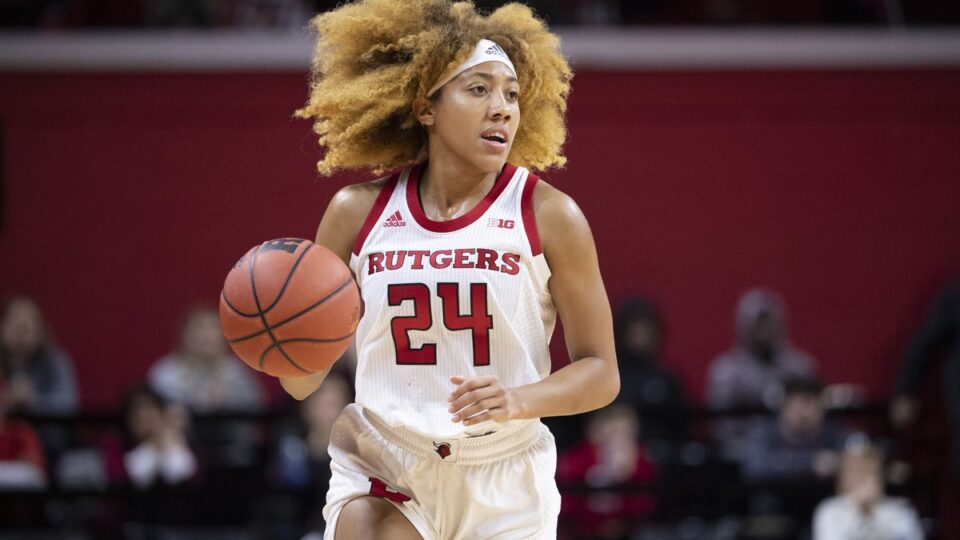 By the fifth grade, Arella Guirantes knew what she wanted to do when she grew up. She wanted to play in the WNBA. She didn’t know how she would get there, but her faith, drive, and passion for the game would lead her to become one of the most dominant women’s basketball players in Rutgers basketball history.

Guirantes arrived at Rutgers as a sophomore in 2017. The Bellport, New York native, transferred from Texas Tech after having a stellar freshman season, averaging just under 10 points a game with the 6th best free-throw percentage in the Big 12 conference. Guirantes says she chose Rutgers because of the sisterhood and the pride that the program carries. She explained that the competition in the Big Ten would also push her to elevate her game.

In her first two seasons as a Scarlet Knight, she scored 1004 points. This was capped off by an incredible senior season where she led the conference in scoring and was the No. 9 scorer in the country. Rutgers finished the 2020 season 5th in the Big Ten, earning them a spot in the NCAA Tournament before the season was cancelled due to COVID-19. With an impressive basketball resume and academic eligibility, Guirantes was poised to be drafted in the WNBA’s first round.

With a year of eligibility left, Guirantes decided to stay, citing unfinished business.

“I realized my journey here at Rutgers wasn’t finished. Yes, I want more accolades, awards and a championship, but I also felt there was more room to grow. I didn’t want to leave and start another step without finishing” she said.”

In her last year as a student at Rutgers, Guirantes is working with other student-athletes to promote social change as a member of the Big Ten’s Anti-Racism and Hate Coalition. This is where student-athletes from all over the conference can talk about social issues that athletes and other students face in America. In addition, the coalition is working to register students to vote.

Guirantes says that being a part of this organization is important because it helps start a conversation around challenging issues.

“Starting a conversation is a step to progress. Trying to make a change is not enough, but it’s a step. I think it’s important that student-athletes across the conference, coach’s and the people higher up are showing that they care and are willing to listen and make a change.”

For Guirantes, the mission is a simple one. By the time she hangs up her jersey for the last time, she wants to be known as one of the best.

“I want to show other people what it takes. I feel like the process doesn’t get appreciated enough as a woman athlete, so I really want to change the women’s game and I feel like it’s my calling to do that.”

No one knows what the 2020-2021 basketball season will hold. We don’t know if there will be fans or if the season will start on time, but one thing is for sure, Arella Guirantes and the Scarlet Knights are going for it all. 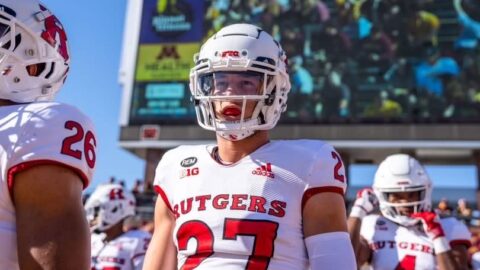 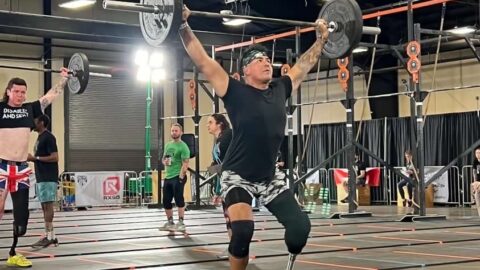