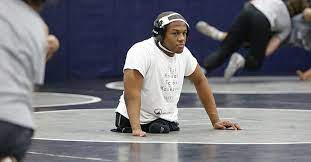 When time expired in the championship match of the Virginia High School League Class 6 State Wrestling Championship, the entire crowd in the Virginia Beach Sports Center erupted with cheer.  Adonis Lattimore defeated Korlan Tran to claim the state title for the 106-pound division. With tears streaming down his face, Head Coach, James Sanderlin, lifted Lattimore in the air celebrating the momentous win. Those tears of joy represented more than just a state championship, they represented a celebration of all Lattimore had to overcome to get to this point.

Who is Adonis Lattimore

Adonis Lattimore was born with an underdeveloped hand and leg. Lattimore’s leg stops just above his knee and he only has one finger on his right hand. In spite of these challenges, his family signed him up for wrestling as early as elementary school.

The sport hasn’t been easy for Lattimore. After his victory, he told reporters that there was an entire season in middle school where he didnt win a single match. Despite these struggles, he continued to work hard. In high school, he continued wrestling at Landstown High School in Virginia Beach.

A champion state of mind

Once Lattimore reached high school he had one goal in mind; become state champion. Lattimore quickly made a name for himself reaching the region qualifier as a freshman, but didn’t qualify for the tournament as a Sophomore. The next year, his season was canceled due to the pandemic. In his last year of eligibility, the 17-year-old senior went off, ending his career with a 32-7 record.

When Lattimore reached the tournament he handled his business up until the semi-final round. With just seven seconds to go in the semi-final match, he trailed his opponent by a point and it looked like his high school career would be coming to an end. In true storybook fashion, he was able to take down his opponent as time expired to earn the two points he needed to advance.

In the Championship match, Lattimore made sure his margin of victory wasn’t that close, defeating his opponent 5-1 to take home the title. Check out his heartwarming moment with his coach after the victory below.

After his stunning win, Lattimore has been inundated with media requests from all over the country. Lattimore told reporters that after winning the title his Instagram DM’s were flooded with hundreds of messages from well-wishers. He has even been contacted by outlets like ESPN and other international publications.

Lattimore hopes that he can use the publicity he has gained over the past few weeks to let people know that nothing is impossible.

“Really if you work hard, you can do anything – even win a state championship without legs,” he told wtkr.com 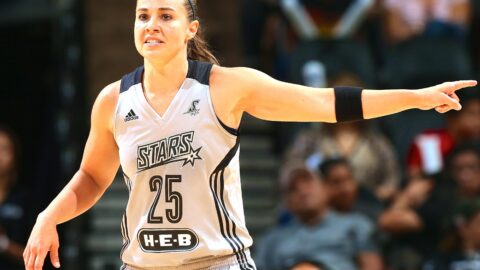