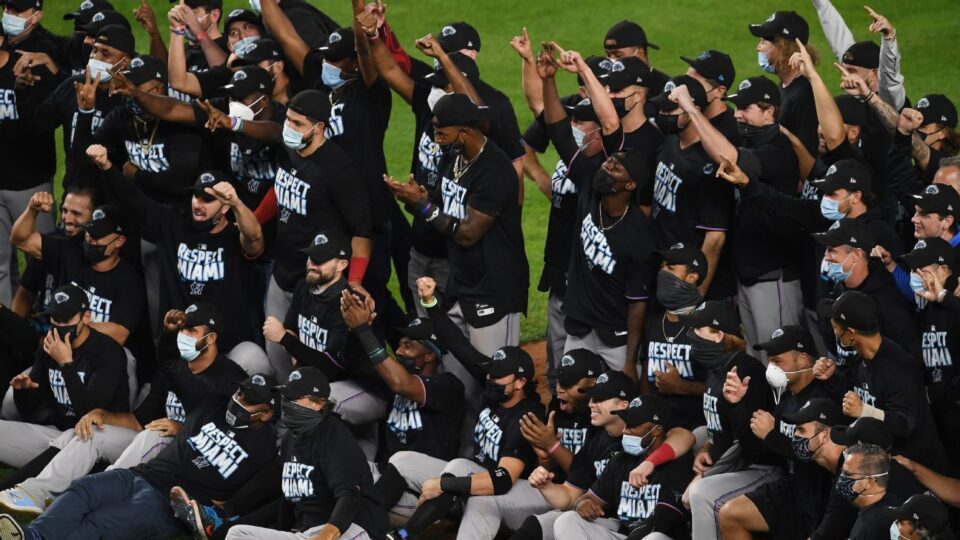 The Miami Marlins clinched their third playoff berth in franchise history Friday after an extra-inning win against the New York Yankees. Miami has not made the playoffs since they won the world series against the Yankees seventeen years ago, but this game meant way more to the team than a trip to the playoffs.

On September 25th, 2016 Miami Marlins star pitcher, Jose Fernandez, died in a boating accident off Miami’s coast. The next day, the team had a game against the New York Mets. The team honored their fallen teammate by wearing Fernandez on the back of their jerseys and took the game’s first pitch as a salute to him. What happened next became one of the most magical sports moments of the decade.  After taking the first pitch, Marlins second baseman, Dee Gordon, launched a solo home run to give his team a one-run lead. Check out the emotional moment below.

It’s only fitting that four years later the team would clinch their first playoff spot in nearly twenty years on September 25th. Here is what manager Don Mattingly had to say about the win during his post-game interview.

The Marlins have been the punching bag of the NL East in recent years. Over the 2018 and 2019 campaigns, the Marlins lost over 200 games. This year was extremely hard for the team because almost half of their team tested positive for COVID-19.  Even though the virus almost canceled their season, the expanded playoff format, due to COVID, allowed them to clinch a sixth seed and advance to the NL wildcard series. This makes the Marlins the second team in MLB history to lose 100 plus games and make the playoffs the next year.

Although the experts only give the sixth seed in each league a 4.7% chance of winning the World Series, the craziness of 2020 has taught us that anything is possible.