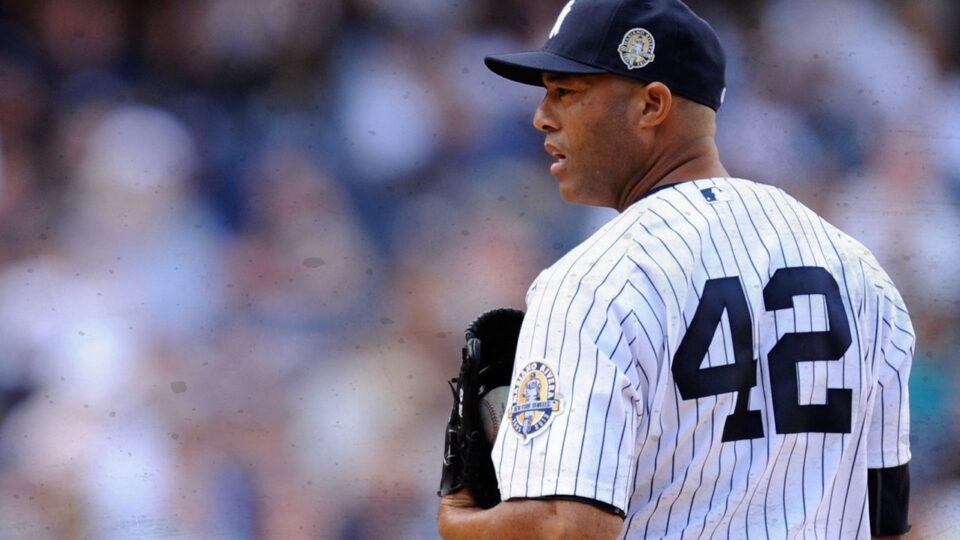 The Sandman, Mariano Rivera, the best closer in baseball history, was inducted into the Baseball Hall of Fame on Sunday. With his induction, he became the first player ever to be voted into Cooperstown unanimously by the Baseball Writers of America.

If you look at his statistics, you can see why.  He was an All-Star 13 out of his 19 seasons in pinstripes. He finished his career with five World Series victories, and 652 saves, more than any other relief pitcher in the history of baseball.

When Rivera first came into the big leagues, no one could have predicted that he would have a hall of fame career.

Rivera always knew he wanted to play for the Yankees, but growing up in Panama that dream seemed a long way off. He and his friends couldn’t afford a real baseball, bat or glove, so they had to make do with what they had available. Making gloves out of cardboard and a ball and bat out of old clothes and a broomstick. Check out this video where Rivera shows how he used to make his own mitt.

When he was 19, he was playing for mateur team in Panama and was pitching in relief. Rivera was usually a position player, so he was surprised when a Yankee scout wanted to send him to a tryout as a pitcher. A year later he was signed to a minor league contract.

Rivera was called up in 1995 as a starting pitcher for the Yankees. In his first ten starts with the team, he struggled, having an earned run average of more than five runs per start. One of the biggest reasons he struggled was because his fastball only topped out at 91 MPH. While in the minors for the rest of the year, he started to bring the heat, routinely throwing around 95-96 miles an hour.

The rest of that season Mariano Rivera would pitch out of the bullpen as a 7th and 8th inning set up man for then closer John Wetteland. It was in this role as a set-up man that Rivera accidentally discovered his signature pitch; the cutter. This pitch is a fastball with late movement that brakes away from lefties and towards righties.

In 1997 Rivera became the Yankees full time closer, and the rest is history. In 2013 he retired after coming back from a knee injury the year before.  If having the most saves in history doesn’t prove how great Rivera really was, let’s throw in this graphic from CBS Sports just to be sure.

What Can We Learn from “Mo’s” Career?

My biggest take away was that he wasn’t dominant until he found his spot in the bullpen. I think this can be an excellent lesson for all of us. Maybe you are struggling at your job. It doesn’t mean that you are bad at your job; you just might be better in a different capacity. Stay the course and don’t quit. You might end up being the best ever to do it.